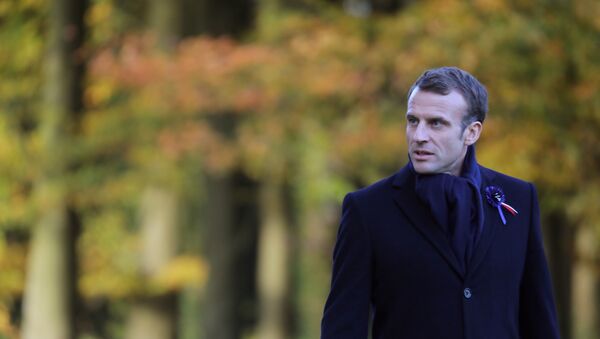 A corresponding report by Benedicte Savoy (Fr.) and Felwine Sarr (Sen.), which is to be presented this Friday, could have tangible consequences not only for French Museums but for other international museums as well.

The report contains recommendations regarding the need for the restitution of "any objects taken by force or presumed to be acquired through inequitable conditions" by foreigners during the French colonial era in Africa, according to The New York Times, which has a copy of the upcoming report.

Over 4,500 Artifacts From Raqqa Museum Stolen by Terrorists – Syrian Official
It is estimated that between 90 and 95 per cent of Africa's cultural treasures are held outside Africa and that France alone possesses at least "90,000 objects from sub-Saharan Africa in its national collections, of which 70,000 are inside the Quai Branly Museum."

The use of the controversial word "restitution" (which means, according to the Cambridge Dictionary, "the return of objects that were stolen or lost" / "payment made for damage or loss") was justified by the authors of the report by that they were calling for the return of valuables that had been obtained through "theft, looting, despoilment, trickery, and forced consent," according to ArtNet News.

The mechanism for restitution suggested in the report stipulates that "a request would have to be lodged by an African country, based on inventory lists which we will have sent them."

The discussion over the possible return of African cultural valuables has been ongoing since Macron's statement last year  in a speech in front of students at a university in Ouagadougou in Burkina Faso, saying that he couldn't "accept that a large part of the cultural heritage of several African countries should be in France," elaborating on his statement by saying that "Africa's heritage cannot just be in European private collections and museums."

So far, there are concerns among museum curators who are afraid of the institutions becoming empty, as well as among French private collectors, who are expected to move their collections out of France to avoid the possible repercussions of the report, according to The Daily Mail.