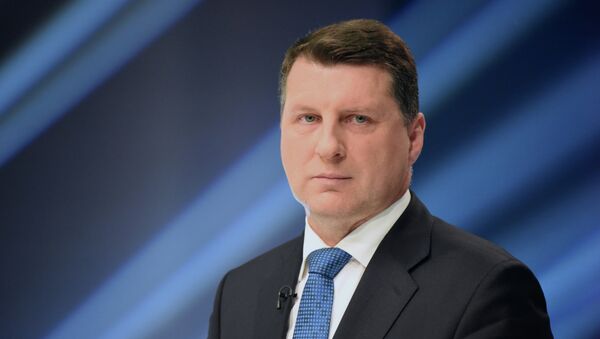 RIGA (Sputnik) - Miroslav Mitrofanov, a European Parliament member from Latvia, told Sputnik on Wednesday that he believed that Latvian President Raimonds Vejonis would not dissolve the country's parliament over the crisis of the government formation.

"President Vejonis has already made it clear that he was against new elections, which will be inevitable if the Saiema [the parliament] is dissolved. Everything is heading in the direction where the "new" parties will agree to accept anyone, for example, a candidate from the "old "parties, as prime minister, after a series of diplomatic setbacks. They will do this just to keep their hard-won positions on the edge of the bench for the national elite, in order to prove that they can work in the government," Mitrofanov said.

Russia
Russian Duma Slams Latvia’s Education Bill in Statement, Proposes Sanctions
He added that the "new" parties would suffer heavier "image losses" than the "old" ones.

"The longer the parties that won the October 6 elections are unable to reach agreement, the more irritated the voters become. But we should understand that the 'new' parties, such as the KPV LV [Who owns the state? populist party], the New Conservative Party and the Development/For! [liberal party] will suffer heavier image losses than the old ones — the Union of Greens and Farmers [conservative party] and the National Union [far-right party]," Mitrofanov said.

He added that while "romantic" people, believing in the possibility of changes, had voted for the "new" parties, those supporting the old parties were ready to "forgive the well-known flaws of their favorites."

According to Mitrofanov, this means that the positions of the "new" parties will become weaker and they may eventually give up on their aspirations to secure the position of the country's prime minister.

Russia, Latvia Can Cooperate Closely, Shoulder to Shoulder - Transport Minister
On Tuesday, Vejonis held meetings with representatives of all the parties that secured seats in the parliament and tasked them to form the Cabinet by November 26.

While the parliamentary elections in the country were held on October 6, no progress has been made since then in the new government formation.

Media reports arose earlier that Vejonis could dissolve the parliament, which will trigger snap elections.