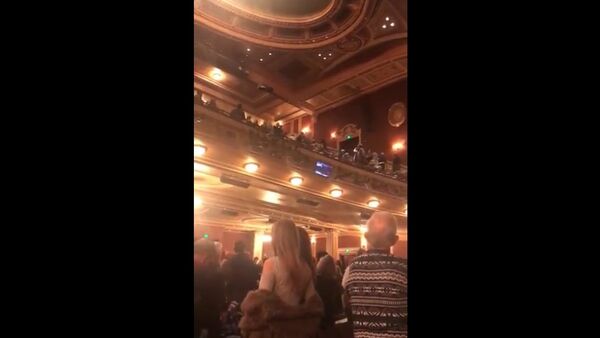 An offensive shout-out to German history's most notorious dictator and America's commander-in-chief caused distress during the performance of a popular 1960's Jewish Broadway musical, as it came three weeks after a deadly shooting in a Pittsburgh synagogue.

An unwelcome outburst during a Baltimore production of "Fiddler on the Roof," a musical about a Jewish family in imperial Russia, ended up in a mess when a man seated in the balcony stood up and shouted "Heil Hitler, Heil Trump", the Baltimore Sun reported on Thursday.

The man's rendition of the Nazi salute failed to impress theatregoers, who thought that it could be a prelude to a mass shooting, perhaps a repeat of the tragic events in Pennsylvania.

Sick, sad world. A man stands at intermission of tonight’s performance of Fiddler in Baltimore and yells, “Heil Hitler,” along with pro-Trump references. pic.twitter.com/slDcPwF7re

"People started running," said Baltimore Sun contributor Rich Scherr, who was present that evening. "I'll be honest, I was waiting to hear a gunshot. I thought, ‘Here we go.' "

Much to the relief of the audience, the man was removed from the theatre minutes after the incident. However, it seems, the evening was still ruined for some people.

"My heart was just racing. I didn't even really pay attention to the second act," Scherr said.