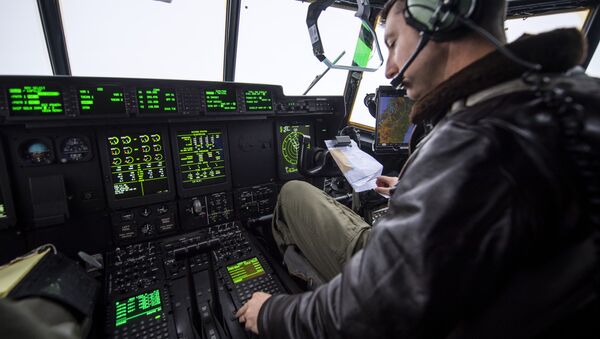 Pilots in Norway and Finland taking part in NATO’s Trident Juncture wargames have complained of disruptions to GPS signals in their countries’ northern regions earlier this month, Business Insider reported.

Although the reason behind the disturbances to the GPS signals, overlapping with the finals days of the drills, remains unclear, the media outlet alleged that Russia might be responsible for it, citing its concern over the military exercise.

Business Insider quoted a press officer for Widerøe, a Norway-based airline, who told The Barents Observer in early November that pilots had been experiencing GPS signal loss when flying into airports in the northern Norwegian region of Finnmark, near the Russian border.

Pilots and aviation officials say GPS has been disrupted over the northernmost regions of Norway and Finland—not far from one of Russia's most important military bases https://t.co/AP8O6I7u72

At the same time, the press officer told the Observer that the airline did not want to speculate on the reasons why the signals disappeared, and did not mention Russia at all.

'Best' of NATO Mega Drills: From Pooing in Public to Pub Crawling and Beyond
The Observer also cited Per Eirik Heimdal, technical director of the Norwegian Communication Authority, as saying that the state agency was in dialogue with aviation authorities and had purportedly measured jamming in Norway’s border area to Russia in the past.

Director of the Civil Aviation Authority of Norway Wenche Olsen, in turn, told the Barents Observer that her agency was aware of the disruptions:

“It is difficult to say what the reasons could be, but there are reasons to believe it could be related to military exercise activities outside Norway’s borders.”

“For safety reasons, we issued it for an expansive enough area so that pilots could be prepared not to rely solely on a GPS,” the operational director said.

The Barents Observer also claimed that Russia had “invested heavily in electronic warfare equipment,” and was allegedly training its forces on how to jam GPS-, radio-, and mobile phone signals.

GPS disturbances purportedly related to military activity has been reported in Norway before. In October 2017, Norwegian intelligence services claimed that electronic disruptions, including GPS jamming in the northern part of the country, came from Russia, which was conducting its Zapad-2017 military exercise in September.