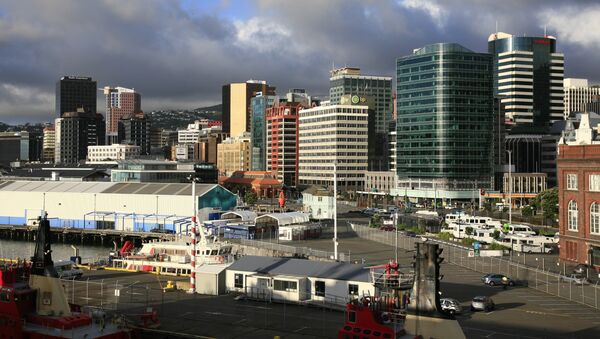 The celebration followed two minutes of silence at 11:00 a.m. on November 11, marking the exact time that the World War I armistice was signed. According to AFP, thousands of people, many wearing poppies on their chests, took part in commemorations around the country.

Countless people on Wellington’s waterfront for the 100-Gun Salute by the @NZArmy’s 16th Field Regiment to mark #Armistice100. pic.twitter.com/YHoeVU1olu

New Zealand Prime Minister Jacinda Ardern told AFP that "the carillon and roaring chorus has recaptured the wave of spontaneous jubilation and hope which swept New Zealand when news of the Armistice broke."

a slice of the 100 gun salute for Armistice Day on the Wellington waterfront. yes, i did get a little teary towards the end. pic.twitter.com/YP4b5OmROe

World War I lasted over four years, killing an estimated 10 million soldiers and some 8 million civilians. The ceasefire that put an end to active hostilities was signed on November 11, 1918, near the French commune of Compiegne.

Crowds on Wellington's waterfront for #ArmisticeDay commemorations due to kick off in the next few minutes — gun salute followed by 'Roaring Chorus'. #ww1centenary pic.twitter.com/hN0QwIFhUq