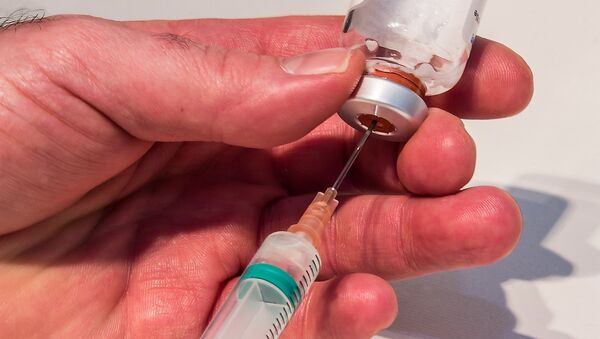 CC0 / /
Subscribe
In the first case of its kind, Dutch authorities have started judicial proceedings for a breach of euthanasia laws. The Guardian has reported that an unnamed Dutch physician slipped a sedative into a 74-year-old woman's coffee suffering from severe dementia before administering a lethal drug as her family held her down.

Sputnik talked about euthanasia with Victor Lamme, professor of cognitive neuroscience at the University of Amsterdam and an expert on free will.

Sputnik: This is a very difficult thing to discuss I've noticed; I've had several discussions with experts regarding euthanasia and assisted suicide and there are very different opinions, it's a divisive issue. But regarding this particular instance, what's your take on the case of the doctor who is now facing trial for breaching euthanasia rules?

Victor Lamme: I think it's a good thing that he or she is now prosecuted because it's clear transgression of the initial intent of the law; of course, the initial intent of the law is to offer euthanasia to people who have unbearable suffering, say terminal stages of cancer and things like that, but now it's increasingly being extended towards more psychological suffering or people  who are lonely or people who are demented and I think that we are getting on a slippery slope there, so I think it's good that this is now prosecuted.

Sputnik: Do you think that it's a bit of a grey area legally, because doctors apparently are not quite sure where they stand regarding assisted suicide. Perhaps it's the legal side that needs clarifying?

Victor Lamme: I think the legal side is a bit unclear. Of course, the whole issue bears on  what exactly is unbearable suffering, is it only bodily suffering or should it also include mental suffering? That's a difficult issue and I think that's where most of the controversy lies: when should we call something unbearable suffering? I think it's also difficult to really put this in a law. I think cases like this are good to establish some practice so that doctors can know that this is what we should call unbearable suffering and this not. So if indeed this case is sentenced, if there's a punishment, of course, the doctors will then know this is clearly a case where we went too far.

Sputnik: So you agree that this particular case will be setting a precedent?

Victor Lamme: Yes, sure, in that sense it's a really important case.

Sputnik: If you ask me, I've always been surprised at how, with the advances of modern-day medicine, when we talk about unbearable suffering, surely there's enough medication out there to help people die naturally without suffering too much or am I wrong?

'Euthanasia is Almost a Declaration of No Confidence in Medicine' – NGO Fellow
Victor Lamme: I'm not an expert on pain medication but in a sense yes, this is probably true. I think most people die not from active euthanasia, but from what is called passive euthanasia, so that they are sedated to such a strong level that they stop breathing or something like that and that's the much more common way for people to die of course.

But some people really want to take matters into their own hands and really don't want to go through all those stages of increasing pain medication and increase sedation and things like that and just want to end it and that's becoming quite popular in the Netherlands.

Sputnik: I've heard an opinion that when it comes to numbers, percentage-wise, it's a relatively small percent of people who agree to euthanasia who are actually in pain, but a greater percentage of people who want to leave this world on their own accord for other reasons like loneliness, fear of being alone, loss of any bond with relatives and friends, loneliness chiefly…

Victor Lamme: Yes, that's where my main concern lies, because the boundaries to offering euthanasia are extended more and more, and, indeed, nowadays it's often used as a solution for people who aren't really suffering in the bodily sense, but are indeed more suffering from loneliness or just feel depressed, or things which should be solved by other means.

Euthanasia, Assisted Suicide 'Just Cheaper' Than Medical Treatment
Of course, if someone's lonely we should offer them company, not euthanasia and that's one of the problems nowadays, this whole idea that euthanasia is something beautiful, to take things into your own hands, to control your own life and then coupled with this fear that people have for things like dementia, for being lonely, for being put in a nursery home…

This creates an atmosphere where euthanasia become more or less the norm. If your life is coming to an end, maybe professionally or personally, then it's almost the norm to commit euthanasia. Of course, also because we see more and more famous people also endorsing this point of view, this sort of "marketing," I would say behind this idea that euthanasia is a good solution for these kinds of things, but of course it's a crazy development that we apply this type of solution to people who are lonely or feel depressed, or don't see any point in life anymore.

Sputnik: You don't think that, perhaps, society these days is flawed in a way, if suddenly euthanasia becomes a norm or might become the norm?

Victor Lamme: It's certainly flawed, I think it's a development which fits into this whole neoliberal agenda where people are only useful if they can contribute to society by work or by other means and as soon as that stops, as soon as you're no longer a meaningful contributor to society, you are almost no longer supposed to live and, of course, that's a crazy idea that's reducing people to factory workers and if they don't fulfil that role anymore, then they should end their lives and that's very troublesome, I think.

Sputnik: The number of people euthanized in the Netherlands has grown dramatically since the law has been adopted. What could be the reasons behind this?

Victor Lamme: As I just said,there's this strong marketing, it's advocated as something beautiful, that you can take control into your hands and people have these fears for all these things that can happen when they grow older, when they get lonely or when they start suffering from dementia and things like that, and then coupled with this idea that it's more or less the norm to do this.

And, of course, that's also a thing of great concern because people think they do this out of free will, but, in fact, they're forced to do it because of these developments.