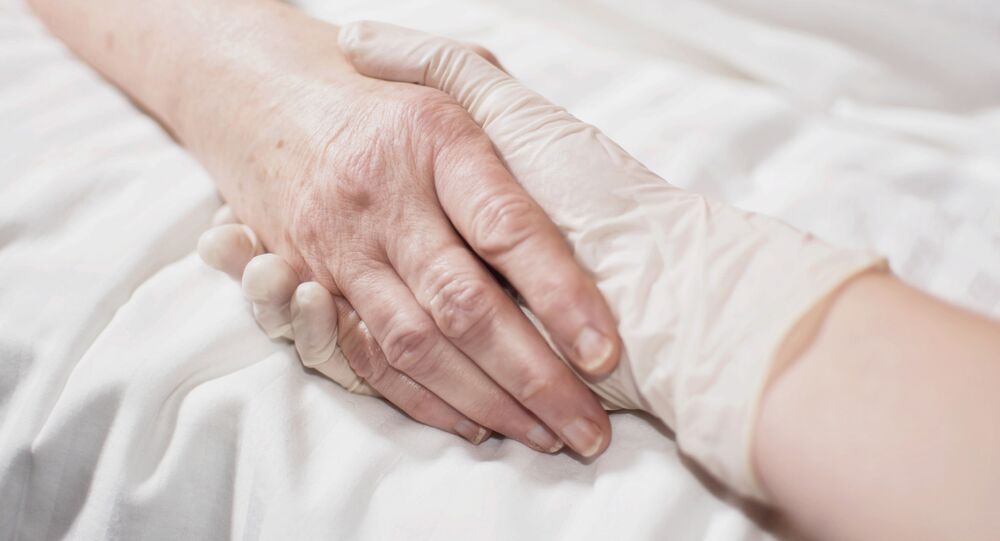 Euthanasia Around the World: How Dutch Example Led Way to More Assisted Suicides

As the Dutch government proposes extending its assisted suicide law to potentially allow healthy people to die, increasing numbers of people are choosing to end their lives by euthanasia.

© Flickr / Alejandro
Danes Demand Euthanasia Despite Gov't's Discontent
On Wednesday the government of the Netherlands announced a controversial plan which may allow healthy people to end their lives. The draft legislation would legalize assisted suicide for people who feel they have "completed life," but are not necessarily terminally ill.

The country's Ministers for Health and Justice told parliament that people who "have a well-considered opinion that their life is complete, must, under strict and careful criteria, be allowed to finish that life in a manner dignified for them."

Sergey Yenikolopov, head of the Medical Psychology Department at Russia's Federal Center of Mental Health, told RIA Novosti that he is not in favor of the proposed law because he thinks doctors should be battling suicide, not enabling it.

"On the one hand, this is that same total liberal idea – that everybody has the right to life, including the right to leave it. On the other hand this is actually an illustration of the impotence of healthcare (in this case Dutch), after all, this is the first country to declare this kind of idea."

"(This idea illustrates) impotence above all in the prevention and battle against people's suicidal tendencies. It's not clear how it will be established that this is somebody's true desire and not a moment of depression. Because with the help of anti-depressants somebody can emerge from that depression after a period of time, and become a normal person who doesn't want to die," Yenikolopov said.

The Netherlands become the first country to legalize euthanasia in 2002, and remains one of a handful of countries to have done so. Others include Luxembourg and Colombia.

© Photo : Sergio Gallegos Castorena
A Good Guy: Mexican Hero Doctor Fights Cancer in Superhero Costume
Euthanasia was legalized in Colombia last year after a legal battle by 79-year-old Ovidio Gonzales, who was suffering from terminal throat cancer. Euthanasia has been legal in neighboring Uruguay since 1932.

In 2002 neighboring Belgium also legalized euthanasia. The following year 235 Belgians (0.2 percent of all deaths) died in this way, and the number of reported cases has increased each year.

In 2013 1,807 died by euthanasia (1.7 percent of all deaths), the majority of whom were elderly people suffering from terminal illnesses including cancer.

In 2014 Belgium became the first country to legalize euthanasia for children, after it lifted age restrictions. Last month a Belgian child suffering from an incurable illness reportedly became the first child to die by euthanasia, after asking to be euthanized.

Canada legalized physician-assisted suicide in June 2016, after the Supreme Court had overturned a ban on it in February 2015.

Assisted suicide was also legal for a period in the Northern Territory of Australia, but was again outlawed in 1997.

© Photo : Youtube / New Hope Fertility Center
Babies With Three Parents 'Don't Have to Worry About Passing on Genetic Disease'
Assisted suicide has been legal in Switzerland since the 1940s. The Swiss law is unique because it does not always require the presence of a physician, and does not limit the availability of assisted suicide in Switzerland to Swiss nationals.

This has led to the phenomenon of "suicide tourism" to Switzerland. Last year a 75-year-old former palliative care nurse caused controversy in the UK after ending her life in a Swiss clinic, despite not suffering from terminal illness.

Gill Pharoah explained that she chose euthanasia because "I simply do not want to follow this natural deterioration through to the last stage when I may be requiring a lot of help."

Between 2008 and 2012 611 people from 31 countries are known to have traveled to Switzerland to end their lives, according to a study in the Journal of Medical Ethics.

Alabama Governor Allows Use of Experimental Treatments for Terminal Illness