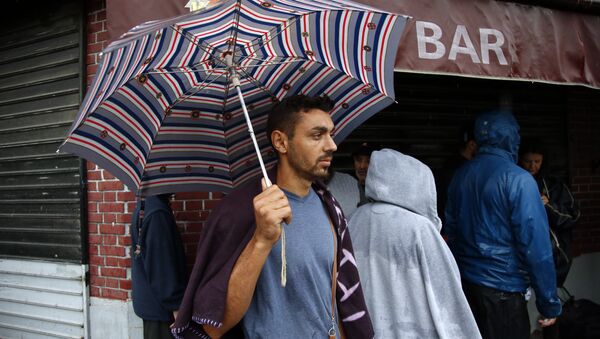 Low levels of literacy, digital illiteracy and costs linked to the application were blamed for potentially enabling deportation decision for travellers and Roma gypsies.

Members of Gypsy, Roma and Traveller communities in the UK who won't be able to provide sufficient proof of their eligibility for a settled status after Brexit, may find themselves deported.

Following Britain's vote to leave the EU, the Institute for Public Policy Research (IPPR) issued a report warning that Roma migrant communities face further insecurity over the terms of their residency and the end of EU funding to support their integration.

More recently leaders of the Traveller Movement national annual conference — a national charity working in partnership with Irish Traveller, Gypsy and Roma communities — highlighted the difficulties its members will face if they fail to prove their residence in the UK for the last five years.

We're very lucky to have real expertise in our workshop on Roma and Irish Travellers in relation to Brexit — very serious issues that people will have to face, relating to the settlement scheme and future security of rights @BernardRyan1 @RomaSupport and Seraphus Solicitors pic.twitter.com/7IQAAOhRha

British PM Theresa May promised end of June 2017 EU nationals residing in the UK for five years by the time of Brexit will be able to apply for a settled status, meaning they would enjoy the same rights as UK citizens.

In order to apply for the status, individuals should fill an online form, presenting proof of identity (ID card or passport) and proof of continuous residence (using the National Insurance number to prove they've been paying taxes in Britain).

The government may also request payslips, banks statements, utility bills and other documents as proof of one's residence in the UK — something that members of Gypsy, Roma and Traveller communities may find difficult to provide.

EU citizens living in the UK will be able to apply for settled status in three easy steps: https://t.co/bBbgNeXRk4 #citizensrights #eu #brexit pic.twitter.com/8XNeHliv7D

The deadline for settled status application, as set out by the Home Office, is June 30, 2021.

The campaign for Vote Leave was largely based on the promise of a more stringent immigration policy, which would let the British people take control of their borders and who crosses them to stay in the country permanently.