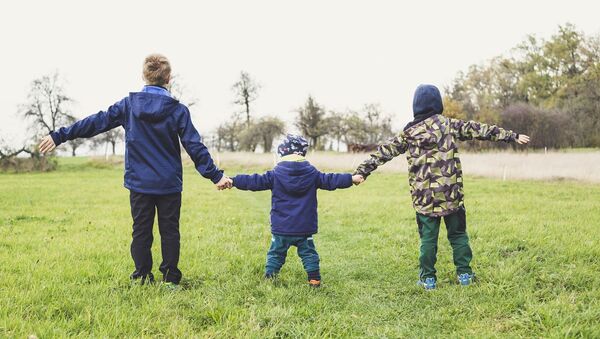 Only 464,000 births were registered in Italy last year, a record low in a country which currently has the lowest birthrate in Europe. Analysts attribute the fall to a lack of childcare benefits, poor opportunities for mothers in the workplace and an economic recession that prompted many young Italians to put off having children.

The Italian government, however, has pledged to provide state-held farmland for 20 years to every family who has a third child between 2019 and 2021, in a move aimed at tackling the country's plummeting birth rate.

Additionally, such families will be allowed to get zero-interest loans worth about 200,000 euros (227,000 dollars) if they purchase their first home near their newly-acquired land.

"They say that Italians have few children and that something is needed to turn the trend around. That's why the ministry wants to contribute, favoring rural areas in particular, where people still have children," Italian Agriculture Minister Gian Marco Centinaio pointed out when commenting on the so-called "land-for-children" idea.

Italian Minister for Family and Disability Lorenzo Fontana, for his part, said that the land-for-children offer would be limited to married couples rather than those living in civil unions.

In Italy, the law provides civil unions with almost the same rights as marriage, which analysts said means that Fontana's order is unlikely to be implemented.

READ MORE: Welcome to 'Limboland': Europe's Refugee Population So Big It Could Be a Country

Migrants Propel Germany to Highest Birth Rate in Over 40 Years
In early May, Italy's National Institute of Statistics (ISTAT) reported that the country's population was expected to continue to shrink in the coming decades, losing up to 6.5 million by 2065.

There were more deaths than births across the EU in 2017, but due to immigration its population increased by 1.1 million to 512.6 million people, according to Eurostat.