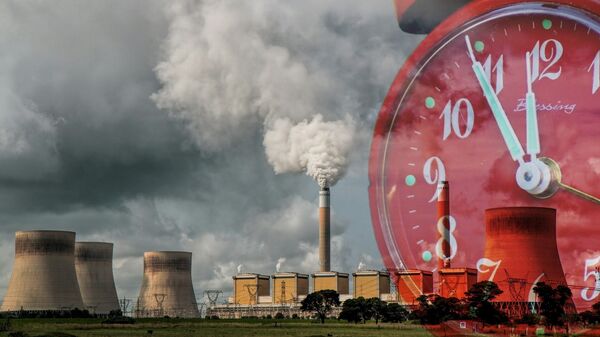 A study involving 59 academics from across the globe, found that 60 percent of all wildlife has been wiped out since 1970, posing a serious threat to human existence. Sputnik spoke to Dr Robin Freeman, Head of the Indicators and Assessments Unit at the Zoological Society of London, about it.

Sputnik: If human beings have been gradually destroying wildlife since the beginning of civilization, then perhaps these extinctions are part of a gradual, inevitable decline?

Dr Robin Freeman: It's an interesting point — I think no. So when we go out and we estimate what the background rate of extinction should be, so what it should be without humans, we estimate it's about 0.1 species per million species' years — quite a small number. Whereas what we observe now is that it's about 100 to 1000 times that. So humans are clearly having quite a significant impact on the rate of extinction. The report that comes out today — the Living Planet report — also talks about what the extant species are doing, so the species that aren't going extinct — they're declining by about 60 percent. So even those species that are still here, in the last forty years they have declined by over half.

One Small Voice: Squirrel Interrupts London Environmental Committee Meeting
Sputnik: How is this decline going to affect human beings on a day to day basis?

Dr Robin Freeman: It's a good question. So I think there's two perspectives to that. One is that we will lose the wildlife we care about — whether it's puffins or butterflies or the insects that we are used to seeing. The other is that we will begin to see impacts on pollination processes — so these species provide ecosystem services to help pollenate fruits and vegetables that we rely on as food products.

Sputnik: What would you like to see done immediately by the UK government?

Dr Robin Freeman: Again a good question, so one of the things the UK government could ensure is that environmental protections that were put in place through the EU continue post-Brexit. The other is that to make sure that their delegation to the CBD asks for there be greater powers, greater strength for governments to try and meet the international targets. But also I am keen to see that people begin to hold the government to account for making sure wildlife recovers.

Sputnik: Have we, as Chris Packham says, become complacent and almost used to talking about these declines, with taking enough action?

Dr Robin Freeman: I think he has a point — I think people get used to us monitoring the demise of the natural world through these statistics. But I think that things like a sixty percent loss in just over forty years hopefully gives people a call to action. And I think if anything people can do very simple things in their everyday life. One is to eat less meat — cut it down to three days a week or less. Another is to write to their representative — talk to their MP about what they want to see done because unless we hold the government to account and encourage them to do something it's unlikely anything is going to happen.