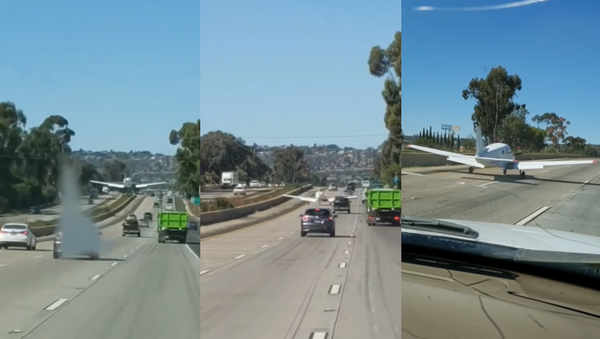 Recent Viral Hog footage from California makes it clear that keeping your eyes on the road may not always be enough — especially if there's a flight school nearby!

Flight instructor, Ryan Muno, 25, was forced to take control of the small aircraft he was a passenger in after engine failure prevented the duo from landing in nearby Gillespie Field.

Despite the emergency landing taking place on a busy California freeway, the former San Diego State baseball star was able to successfully hit the pavement, merge, and continue coasting down the road without any reported injuries or damage to the plane or other motorists.