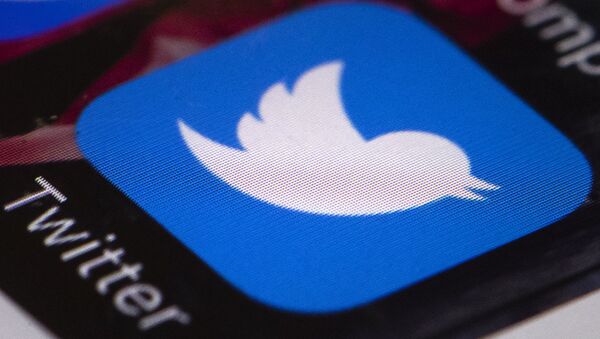 Kit Klarenberg
All materials
On October 17, Twitter released an archive of over ten million tweets posted by 3,841 accounts affiliated with the Internet Research Agency, the Russian 'troll farm' that has been relentlessly accused by Western journalists and politicians of waging an 'influence campaign' during the 2016 US Presidential election in support of Donald Trump.

In an official statement accompanying the data dump, the social media giant said it was disclosing the "full, comprehensive archive" of tweets and media "connected with previously disclosed, potentially state-backed operations" on its platform.

Prior releases provoked much comment and analysis, but also controversy — several accounts widely described as ‘bots' turned out to be real people, their baffled and scandalized owners taking to the airwaves to make their authenticity, and the authenticity of their opinions, clear. This time, Twitter has "high confidence" the named accounts are bots or ‘trolls' — fake personas concocted and managed by real people.

Whether Twitter's certainty is apt this time round remains yet unclear, given several accounts provided published little in the way of political content, instead favoring comedic memes, tweets about preparing for a night out on the town, or screenshots of their favorite US sitcoms, such as Friends. Quite what impact such activities could've had — or could've been intended to have — on the US political process is unclear, but perhaps further analysis will unfurl a hidden agenda.

Moreover, if the accounts were involved in an attempt to influence US politics, their tweets are somewhat baffling — the vast bulk posted by the offending accounts were in Russian, and as less than a million US citizens speak the language, it's fair to say no Americans were influenced by these activities, and indeed that wasn't the intention of the tweeters in question.

This leaves open the question of what the posters were trying to achieve — although on the basis of the tweets Sputnik has seen so far, it may well have simply been a cynical attempt to drive traffic to certain websites, in order to reap advertising revenue.

There is much elsewhere to support the notion these accounts' activities amounted to opportunistic ‘clickbait' efforts — their tweeting seemingly spiked during and after major events, with trending hashtags bookending often unrelated posts, or politically charged messages accompanied by a shortened link to a third-party website. By piggybacking off anti-Islam or Euroskeptic hashtags, account owners presumably sought to drive traffic elsewhere.

This lack of apparent overriding objective is palpably divorced from initial claims of a concerted effort to achieve specific results — such as the election of Donald Trump — but the mainstream media seemingly remains undeterred, as the flurry of alarmist articles that have circulated in the wake of the data dump surely attests. Look past the headlines, however, and accompanying articles are scant on information and discussion, leaving readers in search of said proof wanting. For this glaring deficit, major news outlets can perhaps be forgiven — the data amounts to several hundred gigabytes, and it will surely take a vast army of journalists considerable time to wade through and analyze the full cache.

Nonetheless, the Atlantic Council's Digital Forensic Lab was given a headstart, with Twitter providing the organization's data scientists an advance look at the trove "in an effort to promote shared understanding of the vulnerabilities exploited by various types on online influence operations, as well as social media's role in democracy".

Many articles cite the Council's analysis, authored by Ben Nimmo, in justification of their paranoid headlines — but while the Lab's superficial updated conclusion is that troll accounts were intended to divide online communities and exploit polarization and division in society proper, a review of the organization's detective work suggests journalists haven't taken the time to actually read that article either. After all, the piece concludes the "troll operations do not appear to have had significant influence on public debate", "there is no evidence to suggest they triggered large-scale changes in political behavior", and the accounts' activities "had little to no discernible impact on the target populations' political behavior".

Nimmo concludes the article by despairing of the difficulty of identifying future foreign influence operations, given trolls "use exactly the techniques which drive genuine online activism and engagement", making it "much harder to separate them out from genuine users". Nonetheless, Twitter avowedly remains committed to "proactively combat[ing] nefarious attempts to undermine" its integrity, and neutralizing such efforts as "quickly and robustly as technically possible".

Given Nimmo himself concedes the activities of alleged troll accounts had "little or no impact" whatsoever, with their ‘operations' "washed away in the firehose of Twitter", it's highly questionable if it's worth undertaking any effort at all.

Despite the paltry yield of information so far, Sputnik journalists will continue analyzing the released data, and report in weeks to come on their findings — if indeed findings are actually forthcoming.