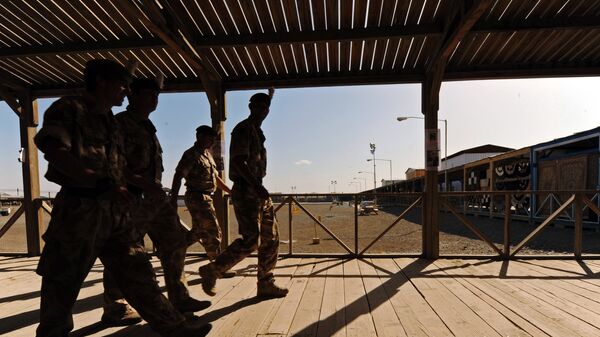 A shoot out has taken plane in the governor's compound in Kandahar province, with several people injured in the crossfire, according to officials.

Two American citizens were injured in the shootout at a high-level Afghan security meeting attended by top US commander General Scott Miller, NATO stated, with witnesses speaking about the ongoing gunfire.

Parliamentarian Khalid Pashtun has stated that the Kandahar police chief, governor and intelligence chief were killed in the attack by guards.

"Provincial officials including the governor, the police chief and other officials were accompanying the foreign guests to the plane when the gunshots happened," Head of the provincial council Said Jan Khakrezwal said.

Iraqi General Explains Why US Not Interested in Eliminating Daesh
NATO's Resolute Support mission spokesman Colonel Knut Peters has stated that US commander General Scott Miller was not injured in the attack on the governor's office.

The broadcaster Tolo News reported that the attack was carried out as Raziq and a number of Afghan officials were making their way to a helipad, after leaving the governor's office.

The governor's bodyguards were involved in the attack, the sources claimed.

READ MORE: Five Czech Soldiers Injured Near US Bagram Base in Afghanistan

At Least 3 NATO Soldiers Injured in Blast in East Afghanistan – Reports
Afghanistan has long been dealing with an unstable security situation, with the government fighting a terrorist group insurgency aspiring to gain control over the country.

The Afghan National Defense and Security Forces are conducting joint counter-terrorist operations across the country.