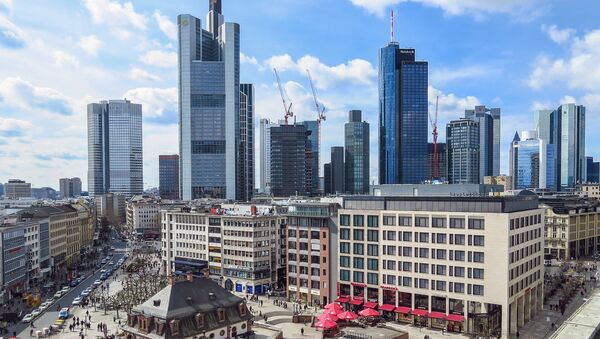 Banks stole an estimated €55 billion from European national treasuries, an amount much greater than previously assumed, a new report on Thursday said.

The cum-ex scheme allowed fraudsters to multiply tax refunds paid only once on dividend payouts, which the German finance ministry originally assumed was €5.3 billion to €30 billion, press reports indicated.

The investigation revealed figures much higher, with stock traders stealing at least 55.2 billion euros from eleven countries, including Germany, the Netherlands, Belgium, France, Norway, and Switzerland, the report stated.

The chicanery involves investors buying and selling off company shares among a group of shareholders throughout the day while firms paid out dividends, causing authorities to be unable to identify who owned the stocks.

Shareholders would then split the bill amongst themselves, with state treasuries paying their way.

Hanno Berger is credited with inventing the deceptive practice, which erupted in Germany in 2012 after six criminal investigations commenced and Berger was tried along with other stock traders. University of Mannheim professor Christoph Spengel estimates that ‘investors' carried off €31.8 billion.

What is the EU Doing about Tax Fraud?

An early 2018 European Commission report highlighted the effects on tax fraud and evasion, stating that abuses "eat away at national revenues", reducing funding and investment for the public expenses.

Tax abuse also undermines the ‘social contract' between citizens and governments, the report said, harming fair competition between businesses in the Single Market and unfairly placing the debt burden on citizens.

Over €50-70 billion were lost every year to tax abuse, it continued. European citizens had "grown increasingly frustrated with the tax avoidance of certain companies and the tax evasion of certain individuals."

The Commission advocated three ‘pillars' to fighting tax abuse: transparency, effective taxation, and global good governance" and relaunched a Common Consolidated Corporate Tax Base (CCCTB) in 2016 aimed at syncronizing tax schemes across the continent, in addition to initiating the Digital Single Market and a Digital Services Tax to fund startups and digital businesses.