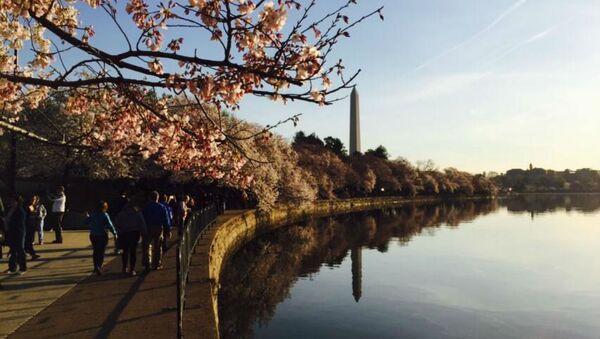 © Sputnik
Subscribe
International
India
Africa
FBI agents and local police arrested a New York man after raiding his house and discovering a functional 200-pound bomb that he allegedly planned to detonate on the National Mall in Washington, DC, on 2018’s Midterm Election Day.

If this sounds like the beginning of a terror plot, you are in for some serious twists.

Paul Rosenfeld, 56, of Tappan, New York, allegedly told a reporter in Pennsylvania of his plan to blow himself up in August and September. That reporter then contacted authorities.

Officials say Rosenfeld was trying to draw attention to his "radical political beliefs," but added that they don't think he intended to hurt anyone else.

"As alleged, Paul M. Rosenfeld concocted a twisted plan to draw attention to his political ideology by killing himself on the National Mall in Washington, DC, risking harm to many others in the process," US Attorney Geoffrey Berman said. "Rosenfeld's alleged plan for an Election Day detonation cut against our democratic principles."

Election Day is when Americans vote. The date is set by law as the first Tuesday after the first of November. In the 2018 midterms, that day will fall on November 6.

His ideology, however, may be unfamiliar to most readers. Prosecutors say he believes in a political system called sortition, which suggests that a system in which public officials are chosen at random rather than elected would be more beneficial.

US' Self-Perception as Bastion of Democracy Doesn't Match Reality – Analyst

Authorities stressed that they think Rosenfeld to be a lone actor and unaffiliated with any international terrorist organizations. Sputnik News is, in addition, unaware of any sortition-oriented political groups in the United States. There is a "Sortition Foundation," but it does not appear to be based in the US as membership costs three euros a month and the payment address is listed in the UK. The Washington Post ran an opinion piece in 2016 asking whether the practice could "sort out the problem of political ignorance?" Sortition has also been the subject of two TED Talks in 2018.

But it appears that Rosenfeld didn't have to blow himself up in order to give the idea another attempted push into the mainstream. Since the Department of Justice name dropped it, it's been a repeated topic of conversation on the Twitterverse. "I have never heard of ‘sortition' before so well done Paul Rosenfeld!" one user even wrote.

Police pulled Rosenfeld's car over on Tuesday, and in an interview with law enforcement, he admitted to constructing the bomb. They raided his house on Wednesday morning.

Rosenfeld told authorities that he purchased eight pounds of black powder over the internet to build the bomb in his basement. Authorities say he told them he had already made smaller bombs and tested them.

FBI agents searched his home and discovered "what appeared to be a functional explosive device weighing approximately 200 pounds."

Rosenfeld, who has no other criminal history, is expected to appear in federal court in White Plains, New York, to faces charges of unlawfully manufacturing a destructive device and interstate transportation and receipt of an explosive. Both charges carry a maximum sentence of 10 years behind bars, meaning Rosenfeld could face as many as 20 years in prison if convicted.