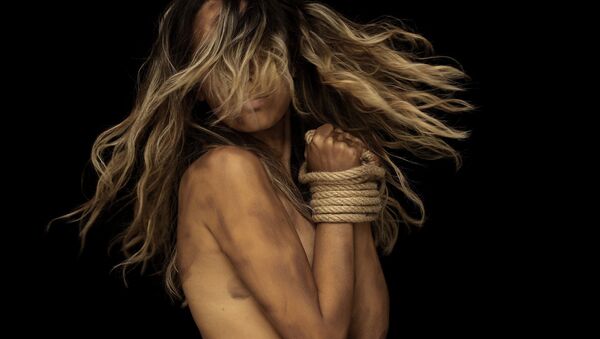 In a recently released YouTube video, publicist with Polish Christian radio station “Radio Maria” Stanisław Michalkiewicz commented on the case of a Polish girl, Katarzyna, who was at the age of 13 sexually assaulted by a pedophilic priest and is now struggling to obtain financial compensation for the inflicted damages.

Michalkiewicz appeared most enraged by the fact that the girl had been assigned compensation “not by the erotomaniac himself, but by the community he belonged to.”

The court ruled in the victim’s favor and recognized the guilt of Christ’s Community, which had turned a blind eye to the pedophilic priest among its ranks.

According to Polish media, the victim is now 24 years old, but she still can’t recover from the trauma she suffered in the past. The priest held her in captivity for over 10 months and raped her. Katarzyna has since had to regularly seek psychological assistance.

As for the offender, priest Roman B., having served his 4 year-term in a labor camp, has gone to live in a home for retired priests. The publicist believes that “the so-called victims have found a perfect way to gain profit and seek to use such scandals to rise to fame.”

“To earn a million zlotys [266,000 US dollars] in damages for an abuse, for an episode when someone put his hand beneath a skirt – no one would be against this. Is there anyone who would be? There are so many women ready to raise their skirts for even less money. And in this case, it’s all about a million zlotys and a life-long allowance,” Michalkiewicz sneered, while laughter could be heard behind the scene.

“Not a single w**** around the world earns such sums, let alone our poor country – I don’t know how it’ll survive all this,” the publicist added.

'Pedophile's Paradise': Sweden Softens Punishment for Serial Child Molesters
Michalkiewicz also commented on the actions of judges who ruled to compensate the victim:

“If I were to decide, I would send Ms. Judge to some veterinary concilium for a check-up.”

The center for monitoring racism and xenophobia picked up on Michalkiewicz’s video, noting on its Facebook page that the publicist had exceeded the permissible bounds and would have to take responsibility for his words in a court of law.