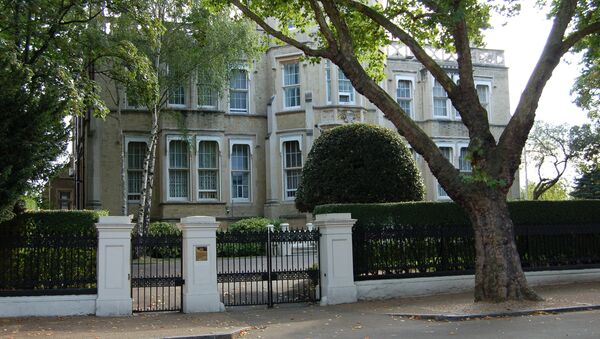 UK authorities earlier claimed "with high confidence" that the Russian military intelligence service, GRU, was "almost certainly" responsible for a series of cyber attacks on political institutions, media, and infrastructure in various countries, including the United Kingdom, vowing to respond.

Addressing the UK claims, Russian Envoy to London Alexander Yakovenko noted that the accusations were a part of an organized campaign to discredit Moscow.

Previously, commenting on the situation, the embassy expressed a similar position.

“This statement is irresponsible. As usual, it is not supported by any evidence and is just another element of the anti-Russian campaign conducted by the British government,”  the spokesman for the Russian Embassy in the UK told Sputnik.

UK to Create 2,000-Strong Cyberforce to Counter 'Russia Threat' - Reports
According to the embassy, the statement was intentionally published during the NATO summit in Brussels, as many countries in the bloc have announced plans to establish cybersecurity forces.

He also mentioned that Russian Foreign Minister Sergei Lavrov had offered to provide expert consultations for the UK back in 2017, during a visit of then Foreign Secretary Boris Johnson to Moscow. London, however, did not respond to the offer, as it had "nothing to say on the subject," the diplomat concluded.