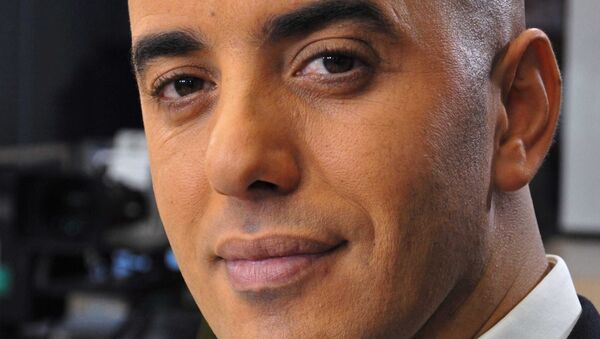 He rose to notoriety as at some point he blasted his way to escaping from a detention center, right after his tell-all book outlined the most colorful moments of his criminal biography.

Redoine Faid, a notorious gangster, who recently escaped from a French prison by helicopter, aided by his 3 armed cronies, has finally been captured by police in a block of flats in his home town Creil, an hour’s drive north of Paris, which marked the end of the three-month manhunt, French media wrote.

Faid, who earlier acknowledged his crime-related adventures were inspired by Hollywood productions like Scarface and Reservoir Dogs, made his escape from the courtyard of a high-security prison while serving a 25-year-long prison term, convicted for a bank heist involving a policewoman’s death.

On Saturday night, police noted that a woman, whose telephone they were monitoring during the manhunt, offered a lift to "an individual wearing a burqa whose gait suggested that he might be a man," Paris prosecutor Francois Molins stated.

Before that, a rumor circulated that he might have fled to Israel, which Faid himself had earlier mentioned as one of his escape destinations. He even claimed that he had disguised himself as an Orthodox Jew and set about learning Hebrew to make the picture more tangible.

In 2010, 45 year-old Faid, who is frequently referred to as the “jailbreak king,” penned an explosive book about his notoriously dynamic life, detailing how he was born into crime in towering house blocks in the Paris suburbs in the 1960-1970s.  The book publication followed his release from jail from a previous conviction; however he didn’t enjoy his freedom for long, as he dared to embark on another venture.

An attack on a cash-transport truck, with one fatality documented, put Faid behind bars again. Several years later, his name returned into the spotlight, as he infamously took four prison wardens hostage and set up dynamite to blast his way out of the jail, fueling a pervasive debate in France over security in prisons. The incidents earned him the reputation of “jailbreak king,” which is the way he is frequently called.