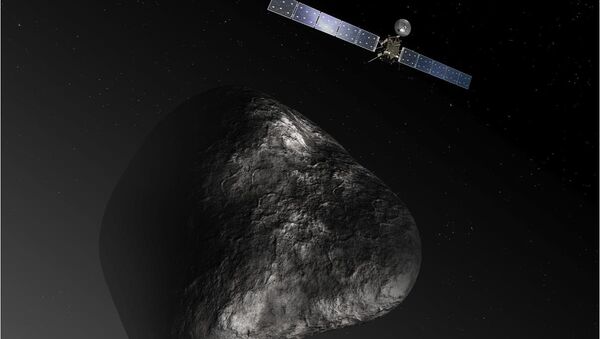 The European Space Agency (ESA) released a new image on Monday that offers space lovers a jaw-dropping peek at what the landscape of a comet actually looks like.

The picture, which was originally snapped by ESA's Rosetta spacecraft on September 22, 2014, was taken as the spacecraft was floating some 17 miles from the surface of Comet 67P/Churyumov-Gerasimenko (67P/C-G).

According to the space agency, the picture is a composite of three different images that were captured at various wavelengths by Rosetta's OSIRIS narrow-angle camera. The final image of the comet's landscape was created by Jacint Roger Perez, an amateur astronomer from Spain. 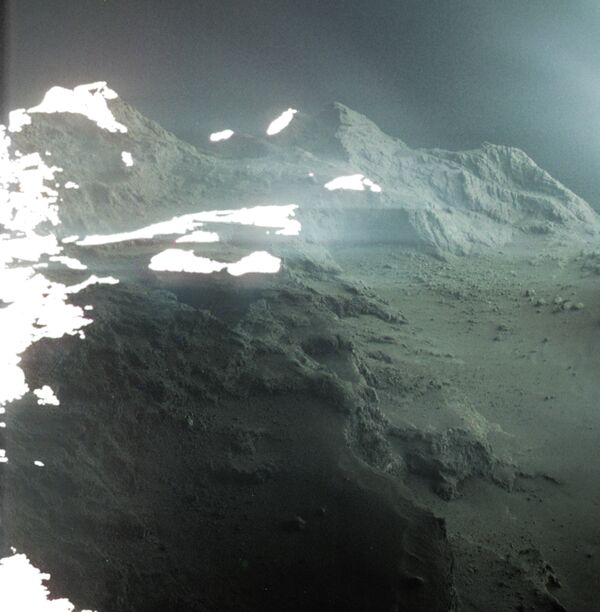 "Seen in the center and left of the frame is Seth, one of the geological regions on the larger of the two comet lobes, which declines towards the smoother Hapi region on the comet's ‘neck' that connects the two lobes," a statement released by ESA explains. "The landscape in the background reveals hints of the Babi and Aker regions, both located on the large lobe of 67P/C-G."

Also visible in the photo is the Aswan Cliff, which is a "134 meter high scarp separating the Seth and Hapi region," the release added.

Though deemed an "amateur" by ESA, Perez isn't a complete stranger to processing images that were collected by Rosetta, according to website Earth Sky. In April, the Spaniard also put together a time-lapse video that shows a mixture of dust and ice particles, along with other debris, swirling around 67P/C-G's surface.

​The Rosetta spacecraft, which has been the sole device to collect up-close images of comets, was launched in March of 2004, according to the space agency. The championed craft spent nearly 13 years traveling through space before its mission came to an end in 2016.