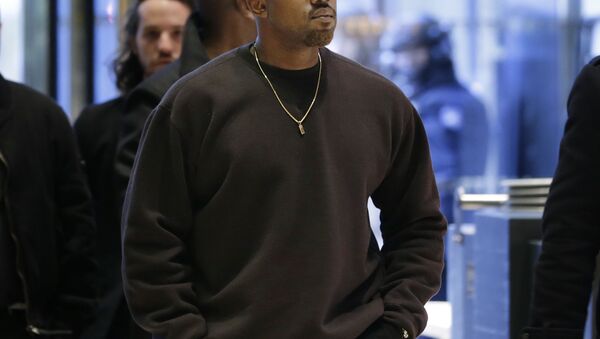 The liberal media and Democrats have spent a year leveling round-the-clock unrelenting criticism of the president and his team.

Famous rapper Kanye West is a longtime fan of Donald Trump, and he showed his support again during NBC’s Saturday Night Live only to see his speech promptly cut off by the network.

The deleted footage was later uploaded to Twitter by West’s record producer, Mike Dean, who was backstage at the time, Mediaite reported.

He also accused the SNL cast and crew of bullying him about supporting Trump.

After finishing his performance, Kanye West spoke about the “liberal media” attacking the president.

“They bullied me backstage… ‘How could you like Trump? He’s racist,’ they told me. Well, if I was concerned about racism, I would’ve moved out of America a long time ago,” the rapper said as he slipped back on his “Make America Great Again” cap in a sign of support for Donald Trump.

This resulted in boos from the audience, as the SNL cast stood off to the side of the stage and kept their heads down.

Shortly after the deleted footage appeared on Twitter, President Trump tweeted praise for Kanye West and said that he appreciated his support.

Trump tweeted Sunday that he didn't watch the show — it's "no longer funny" and "is just a political ad for the Dems. Word is that Kanye West, who put on a MAGA hat after the show (despite being told 'no'), was great,” Trump wrote.