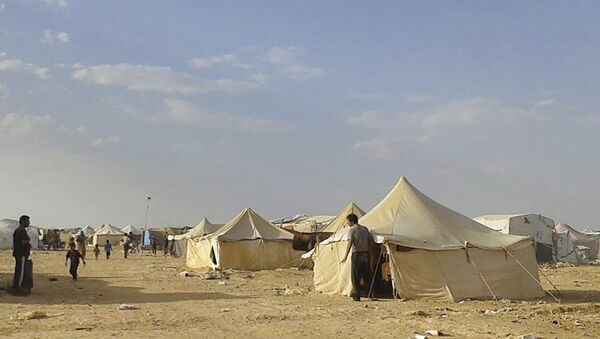 UNITED NATIONS (Sputnik) - Jordan is prepared to reopen its border with Syria once the technical details of such a move are worked out, Jordanian Foreign Minister Ayman Safadi told Sputnik on the sidelines of the United Nations General Assembly on Thursday.

"In principle, we want to open borders. A technical committee is meeting right now to agree details that will allow us to open borders," Safadi said.

The foreign minister stressed that Amman did not initiate the closure of the border.

When the parties agree on technical details, they will move on to another step, Safadi added.

Jordanian sources told Sputnik earlier this month that the Syria-Jordan technical committee held their first meeting on reopening the border on September 12.

Jordan Foreign Minister Says Unaware of US Plans to Pull Out Patriot Systems
Jordan closed its border with Syria in 2015 after an array of militants, including the Islamic State terrorist group (banned in Russia), seized large swathes of territory on the Syrian side.

In July, Russian-backed Syrian government forces recaptured the Syrian territory near the Jordanian border in July, including the Nassib border crossing, which used to be one of the busiest checkpoints and main border crossings for Syrian exports to Jordan.

Syria has been engulfed in an armed conflict since 2011. Syrian government forces are engaged in ongoing military operations to clear the country of terrorists.