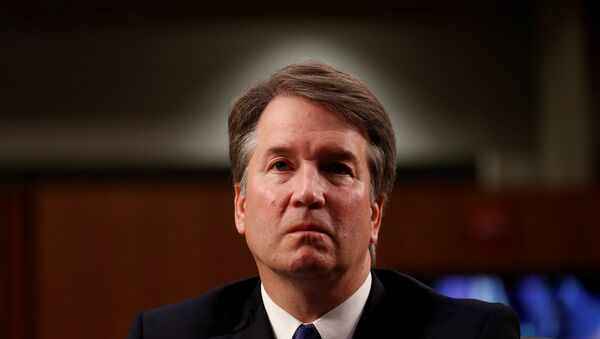 Christine Blasey Ford’s lawyer said that she agreed to testify before the US Senate next week, providing more details on her accusations of sexual assault against Supreme Court nominee Brett Kavanaugh.

Debra Katz, Ford’s lawyer, said in an email shortly before the deadline, that Ford “accepts the Committee's request to provide her first-hand knowledge of Brett Kavanaugh's sexual misconduct next week,” the Hill reported.

Previously, judiciary committee chairman Chuck Grassley gave a deadline of up to 2:30 p.m. on Saturday. The Senate Judiciary Committee has reached a tentative agreement for Ford to appear on Thursday, yet other details were not specified.

“Many aspects of the proposal you provided via email… are fundamentally inconsistent with the Committee’s promise of a fair, impartial investigation into her allegations, and we are disappointed with the leaks and the bullying that have tainted the process, we are hopeful that we can reach agreement on detail," Debra Katz and Lisa Banks wrote in the email sent on Saturday afternoon.

Ford’s legal team announced on Saturday that they will be joined by former Department of Justice Inspector General Michael Bromwich in the negotiations over her testimony.

“This is an ask to continue 'negotiations' without committing to anything. It's a clever way to push off the vote Monday without committing to appear Wednesday,” a senior White House official who asked to remain anonymous said on Saturday, “We are no closer to hearing from Dr. Ford then we were when her lawyers said Dr. Ford was willing to testify during their media tour.”

White House spokeswoman Kerri Kupec outlined in a statement on Saturday evening that Kavanaugh “unequivocally” denies the allegations and “remains ready, willing and eager to testify as soon as possible.”

‘Have No Idea’: Kavanaugh Accuser's Classmate Backtracks on Sexual Assault Claim
The exact date of the hearing remains uncertain as the previous deadline for submission of Ford’s written testimony was on Friday at 10:00 p.m. for the start of the hearings on Monday. Ford’s lawyers countered that the deadline was “aggressive” and “arbitrary” and requested an additional day to consider her testimony.

Earlier lawyers for Ford had asked for a delay of the hearings on Thursday, with more security measures and bringing an additional witness. Grassley, however, rejected the offer, suggesting Wednesday as a possible date but with limited television coverage and additional police security.

Ford, who accused Supreme Court nominee Kavanaugh of pinning her down and trying to remove her clothes during a high school party in the 1980s, has requested additional stipulations to her testimony in light of the severity of the charges against a US Supreme Court nominee.

Kavanaugh has repeatedly declined the accusations, stating that he seeks to appear at a hearing “as soon as possible” to “clear [his] name.”