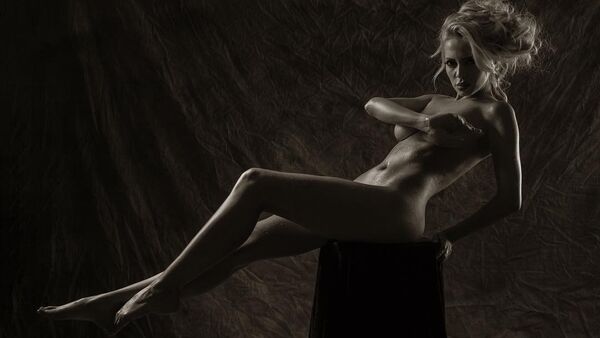 © Photo : Instagram / Janeta Osipova
Subscribe
Janeta, 25, a jaw-dropping Bulgarian model with Russian roots, has triumphed in the national Playboy beauty contest. Apart from dominating the runway, she is absolutely killing it on Instagram.

Janeta Osipova, a bombshell Bulgarian blonde, has been crowned the country's Playmate of the Year. Her trophies include a Playboy Bulgaria award, 20,000 Bulgarian lev (a little less than $12,000), and a trip to Greece, the local tabloid Slava reported.

The busty 25-year-old model will reportedly give her cash prize to charity.

Following the triumph, which she said was rather unexpected, Janeta shared a photo of herself sitting on an improvised flower throne. In another snap, she can be seen wearing the winner's sash and a tiara. The model thanked the organizers, stylists, dancers, and make-up artists; she received the praise of her online fans in response.

The crown-winning beauty is from Sofia; her father is Russian, and her mother is Bulgarian. She works as a model and often takes to Twitter to post raunchy naked photoshoots and eye-popping chronicles of her daily routine.