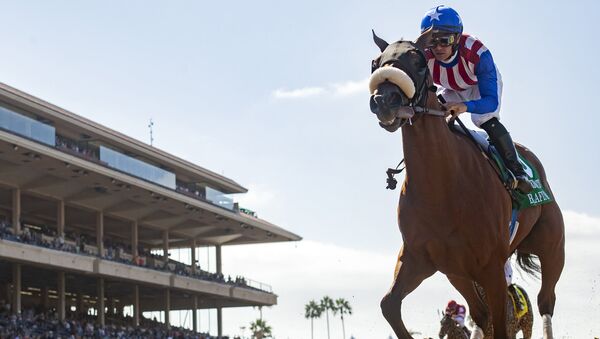 The San Diego Sheriff's Department reported that police officers had shot a man who had opened fire at the ticket window at Del Mar Fairgrounds at about 6:40 pm local time (1:40 GMT).

The man came to the ticket window at Del Mar Horse Racing and wanted a ticket to the evening's Ice Cube concert.

When he was told no more tickets were available, he started an argument, pulled out a silver-plated semi-automatic handgun and fired several shots into a crowded area, according to the report of the San Diego Sheriff's Department.

The gunman was taken to hospital; although his current condition hasn't officially been announced, there are unconfirmed reports that he died.

Ambulances and helicopters were also seen shortly after the shooting.

Everyone has been evacuated from Yorkdale mall. Fire and ambulance on seen. pic.twitter.com/Jl2KoxS03d

Simon Bray, a racing commentator, confirmed an active shooting in a tweet.

Chaos with people trying to leave, hard for the ambulance to get through. pic.twitter.com/EiRb45VvHL

Visitors have also shared their stories about the shooting.

"I heard six shots to the right of us, outside the gates. I jumped over the gate immediately, there were people running everywhere. And I got stuck in a stall with a kid who lost his parents. It was some scary stuff."

There have been no reports of anyone aside from the would-be assailant being injured in the incident. The police have launched an investigation into the shooting.