'I Want You N*ggas Dead': 50 Cent Snaps at Internet Trolls Over Mocking Pic 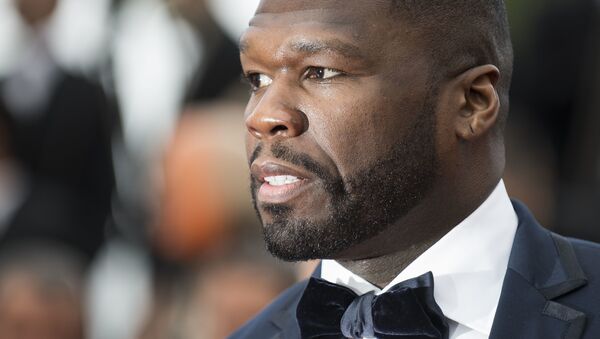 The author of the image adorned 50 with facial tattoos, grills, and rainbow-colored dreads, traits largely associated with a young rapper he has recently collaborated with.

American rapper and actor 50 Cent has publicly aired his distaste for an internet pic, which mocked his collaboration with a controversial rapper known as 6ix9ine.

The image shows 50's face with 6ix9ine's recognizable traits such as rainbow-dyed dreadlocks and multicolored grills. It was posted online days after the hip-hop veteran was featured on the new song ‘Get The Strap' together with 6ix9ine.

"Who did this," he wrote. "I want you n*ggas on the internet dead. F*ck everybody laughing at this sh*t."

Who did this 🤨 I want you niggas on the internet dead. Fuck everybody laughing at this shit. 😡

The post, which scored over a million likes within a day, has only helped the image go viral, triggering laughs among his followers.

"This had me rolling," one man wrote.

"Whoever did this get the strap," another added.

Got shot 9 times and survived but can't take a joke. Weak.

6ix9ine (pronounced "six nine") is the stage name of rapper Daniel Hernandez, 22. Apart from his unmistakable looks, he is known for his legal issues. Earlier this month, Hernandez was told he faced a three-year jail term after violating his probation. This came after he was arrested in New York for having allegedly choked a 16-year-old. In 2015, then 18-year-old Hernandez pled guilty to a felony account of sexual misconduct with a 13-year-old girl. The plea deal stipulated probation, community service, and a GED test.