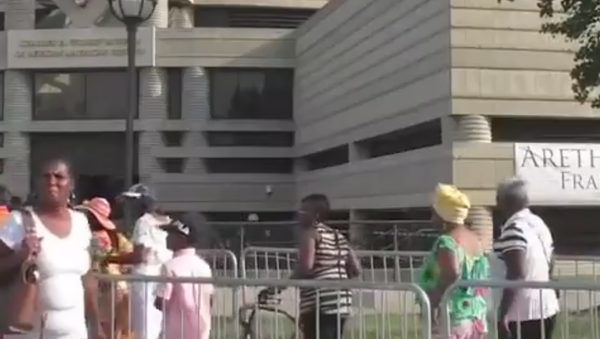 Numerous fans have come to pay their last respects to the departed singer Aretha Franklin, whose body lies in an open casket at the Charles H. Wright Museum of African American History in Detroit.

On August 16, Aretha Franklin, who has often been called the queen of soul, died at the age of 77. She suffered from pancreatic cancer and spent the last few weeks of her life hospitalized in critical condition.

Franklin will be buried in the city cemetery of Detroit Woodlawn, next to the graves of her father, sisters, brother and nephew.