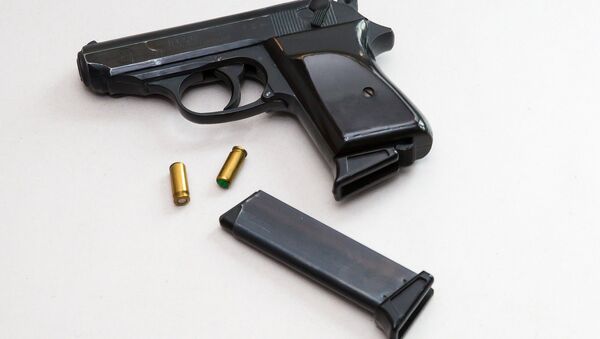 Subscribe
Israel has passed a gun legislation allowing over 500,000 people to carry and buy arms. The measure was put forward by the Public Security Minister, who stated that arming Israelis would strengthen public security. Sputnik discussed this with Ariel Bulshtein, Likud Central committee member, lawyer and columnist for the Israel Hayom daily.

Sputnik: What are your thoughts on the new reform and the reasons stated for its passing?

Ariel Bulshtein: The reasons are quite clear. When a terror attack happens it takes time for police forces to arrive on the scene. In other countries, civilians usually don’t like to oppose a terrorist. However, in Israel, in a lot of cases, ordinary people on the street, even non-armed civilians, don’t try to hide when confronted by terrorists, they try to stall the terrorists and to prevent them from killing others. In some cases when the civilians did have arms they actually neutralized terrorists. So, the reason is obvious – we’re seeing people who are highly trained, responsible and can use the weapons in a good way to stop the perpetrators of terror attacks.

UK Minister Urges Israel to Stop West Bank Settlement Construction
Sputnik: In your view, how significant is the issue of street terrorism? Can this measure really decrease it? Are these guns going to be given to people who are less capable or have the balance to use them?

Ariel Bulshtein: This measure should be perpetrated in a very responsible way meaning that people who want to get a special permit to use or to carry guns should be screened. In Israel it’s a very good screening; people are checked medically and psychologically. And, of course, only people who served in the army could use these guns.

Sputnik: How readily available and obtainable guns are in Israel?

Ariel Bulshtein: The Israeli situation is very different and, of course, we don’t like to copy the American example. Actually, we don’t like the American example. That’s why only people who served in the army and not only as regular soldiers but people who were trained as fighters – only they, and of course they are checked medically and psychologically even before the army service, they will be checked again after they quit the army. They will be able to carry guns only if they undergo additional checks and go for the shooting every year. Only in that case will they be able to carry guns. Of course, the numbers in Israel can be quite high because every Israeli is obliged to serve in the army, but I think that the majority of army veterans will not use this possibility. So we are speaking maybe about tens of hundreds of people.

Peace At Last? Israel and Hamas Come Close to Breakthrough on Ceasefire Deal
Sputnik: Some people and lawmakers have expressed concerns that this could lead to more violence on the streets; how justified are these concerns? You’ve mentioned the American model and that Israel will not have the same model – there’ll be more policing and more regulation, but would you imagine any increase in certain numbers of crimes with this? Is this to be expected or can you completely police this?

Ariel Bulshtein: I think these concerns are totally groundless. If we look at Israeli history, there were no cases of unauthorized uses of weapons. A lot of Israelis are serving in the army, they have their weapons at home. I cannot recall even one case that this kind of arm was used in a criminal way or for something related to conflicts. I think that these concerns are not real.