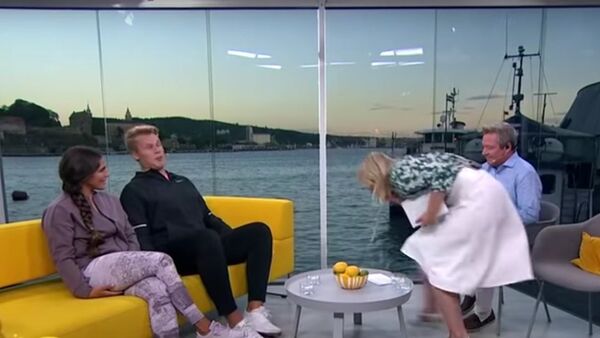 Being thrown up on is probably the last thing anyone taking part in a TV show would ever expect from the program’s host.

Viewers saw Wiik reaching for a glass of water, before standing up and throwing up right in his direction.

“I began to get a bit nauseous and thought it would help to drink some water, but it had the opposite effect,” Linn Wiik later told TV2, adding she was pregnant.

“It was not in this way that I planned to tell people about the pregnancy,” she said.

Reassured by Wiik that it was “mostly water,” Vegard Harm, who initially looked shocked by the sight, quickly picked himself back up and went on with his story.