Man City at the Double? And Tips for York 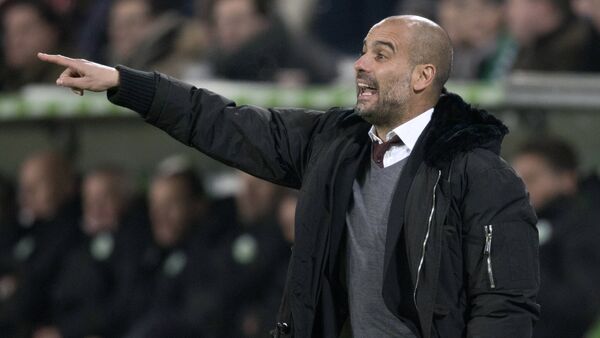 Neil Clark
All materials
They couldn't possibly be as brilliant as they were last time: that was the consensus view about Manchester City's prospects for the new Premiership season, which kicked off two weeks ago.

The worrying thing for the competition is that they do look to be every bit as brilliant as last year- or even better. Ok- there are only two games gone, but the way they brushed Arsenal aside 2-0 at the Emirates in their opening fixture was ominous to say the least. Then, they thrashed Huddersfield- who had got a 0-0 draw at the Etihad last season, 6-1.

City have a relatively benign set of fixtures in the opening weeks, and so if we are to get a genuine title race, (and all neutrals will hope we do), it's imperative that the likes of Liverpool, Chelsea and Tottenham keep very close tabs on them. That means away winning potentially tricky away games which in previous seasons they would have been quite happy to draw.  Jurgen Klopp's Liverpool, who have invested heavily in the close season, would have been expected to beat West Ham at home on opening day-which they did with ease, but their 2-0 win at Crystal Palace on Monday night was the kind of performance they need to produce with relentless regularity to have any chance of landing their first title since 1990. This weekend, Man City go to newly-promoted Wolves, Liverpool entertain Brighton, Chelsea are at Newcastle and Tottenham go to Man Utd. That last match is probably the most intriguing Premiership fixture of the weekend, following United's 3-2 defeat at Brighton, and growing talk of Mourinho losing the plot- if not the dressing room.

Swipe Right for New Sponsor: Man City Gets It on With Tinder
Spurs fans will be confident of a win, but a few words of caution: Pochettino's team has failed to score on its last four visits to Old Trafford-(the scores were 3-0, 1-0, 1-0, 1-0) and United beat Spurs in the FA Cup semi-final last season when once again the London side were in better form.

The Red Devils, as they showed again last week, are vulnerable to spirited teams who carry a goal threat away from home, but on their own patch, they're still formidable opponents and a draw or United win rates the likeliest outcome.

Stradivarius chases a million, and it's no fiddle.

All eyes in the world of horse racing will be on York on Friday as Stradivarius chases a £1m bonus for his connections in the Lonsdale Cup (2.25) at the prestigious Ebor meeting. Having rattled off victories in the Yorkshire Cup in May, in the Ascot Gold Cup in June, and the Goodwood Cup in July, John Gosden's charge, who will be ridden by Frankie Dettori, will be odds-on to complete the four-timer and it would be quite a surprise to see him beaten. That said, there are dangers lurking in the field and one horse who could outperform his odds and reward each-way support is St Michel, currently available at around the 25-1 mark. He has a  few pounds to make up with the favorite on their Goodwood running, but he did run very well to be a close-up third in last year's renewal at odds of 14-1 and his trainer Sir Mark Prescott has a good record at this meeting, from a relatively small number of runners.

Elsewhere on the card, the 2016 Gimcrack winner Blue Point could a value each-way alternative to the odds-on Bataash in the Group One Nunthorpe (3.35) while the consistent Ulshaw Bridge, a close-up second at Ascot last time out, and Dream Today, a winner on the card twelve months ago, are two for the short-list in the 4.50.

Regarding Saturday's Ebor itself, the ante-post favorite Stratum has made the cut for what is the richest handicap in Europe but favorites do have a poor record in this race (just one win since 1998) and it might pay to look for something at longer odds to back each-way. The key stats to bear in mind when making a selection are a draw and the weight.  A high, double-figure draw is strongly favored (just three of the last 16 winners have come from a single figure berth) while all of the last 16 winners have carried 9st 4lbs or less, (and all but two since 1945)- with a large proportion of them carrying 9st 1lbs or less. Whisky Sour (drawn 18, last year's winning berth) and carrying 9st 3lbs, Sea the Lion (17, 9st 4lbs), Fun Mac (22, 9st 2lbs), are three who tick the draw and weight trends boxes.