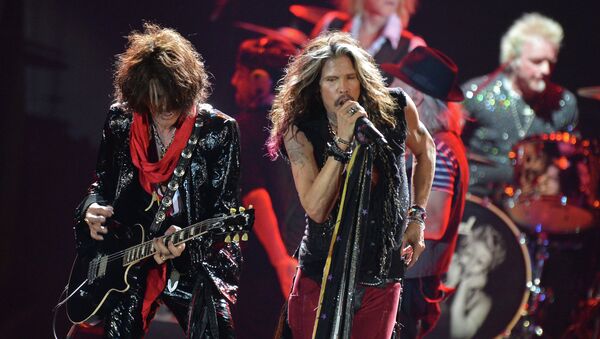 Politicians often use popular songs during political rallies trying in an attempt to add zest to the whole event and drum up popular support for their cause.

The 70-year-old rocker sent President Donald Trump a cease-and-desist letter through his attorney on Wednesday after the president played Aerosmith's 1993 hit song "Livin' on the Edge" at a campaign gathering in West Virginia on Tuesday, CBS News wrote.

The letter contended that by playing an Aerosmith ballad in a public space “gives the false impression that Tyler is endorsing Trump’s presidency.”

"MY MUSIC IS FOR CAUSES NOT FOR POLITICAL CAMPAIGNS OR RALLIES," Tyler, himself a Republican, wrote in an all-caps Twitter post.

In 2015, Trump, then on the stump, was asked twice not to use Aerosmith’s "Dream On" at campaign events.

Steven Tyler is not the only musician banning Donald Trump from using his songs during political gatherings, with Adele, the Rolling Stones and Neil Young having likewise also objected to the Republican administration’s use of their music in public.

On Sunday, Aerosmith was among the top acts at the 2018 MTV Video Music Awards, joining Post Malone and 21 Savage for the show's closing performance, a medley of "Dream On" and "Toys in the Attic."