Iran Poised To Boost Defense Capabilities Amid Worsening Relations With US 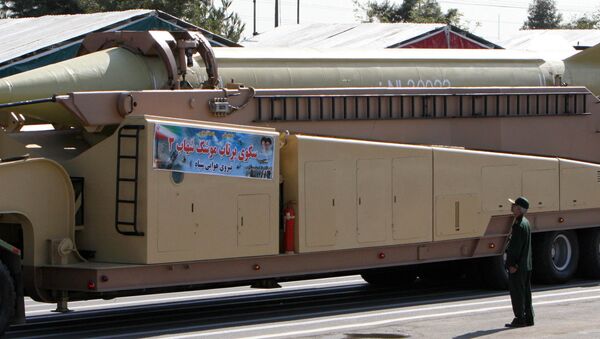 The announcement comes amid growing tensions between Tehran and Washington, following the re-imposition of economic sanctions against the Middle Eastern nation by the US.

Iran's Islamic Revolution Guards Corps (IRGC) said in an official statement on National Defense Industry Day that the development of defensive and deterrence weaponry remains the priority for the Iranian Armed Forces. The statement also noted that despite decades of economic sanctions, the country has become "the anchor of defense power and deterrence in the region."

EU Sees Idea to Create 'Independent SWIFT' to Secure Iran Deal - Source
The IRGC further said that Iran had reached a level of deterrence that inhibited its "bellicose enemies" from attacking or even threatening to invade the country and that should any country still tries to do so, Tehran would give it an "unforgettable lesson."

The statement comes on the same day as a speech by senior Iranian cleric Ahmad Khatami, who scolded the US for its dictatorial policies and promised that Iran would stand up against them.

READ MORE: If US Attacks Iran, Allies in Region Will be Targeted — Senior Iran Cleric

Relations between Washington and Tehran have deteriorated since the US withdrew from the Iran nuclear deal and re-imposed economic sanctions against Iran. US President Donald Trump has demanded that a new deal on Iran's nuclear program be reached since the old one was "flawed." Iran and other parties to the nuclear deal have scolded the US actions and have promised to keep the old deal afloat.