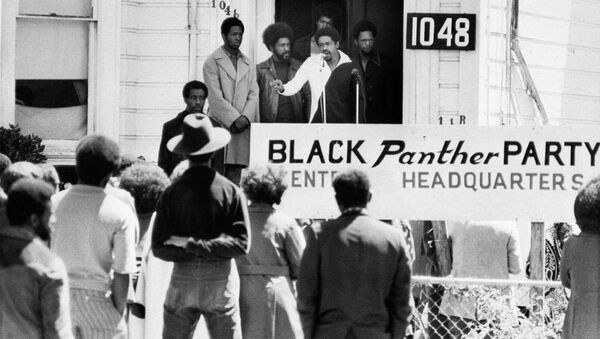 Kit Klarenberg
All materials
Moviegoers should by now be thoroughly accustomed to Hollywood films - even, if not especially, those 'based on a true story' - misrepresenting reality. Factual alterations often make narratives more saleable, or easier to transfer to the silver screen - but they also at-times serve to dangerously distort history.

BlacKkKlansman, renowned director Spike Lee's latest work, may be the latest example of this mephitic phenomenon. The film tells the tale of Ron Stallworth (played by John David Washington), the first African-American Officer and Detective in the Colorado Springs Police Department, who conducted several undercover operations from the latter half of the 1970s onwards.

Most famously, he infiltrated infamous white supremacist movement the Ku Klux Klan. In 1979, Stallworth saw a ‘wanted' ad in the local paper seeking to recruits for a new chapter of the Klan opening in the city, so called the phone number provided, posing as a racist white man who hated "blacks, Jews, Mexicans, Asians" — over the course of the conversation, he learned the individual founding the chapter was a soldier at nearby Fort Carson. Stallworth arranged to meet the man at a local bar, and sent a white undercover officer, wired to record any conversations, in his place.

​The ploy was a success, and he continued to pose as a KKK member for the next nine months over the phone, while his white counterpart attended face-to-face meetings. 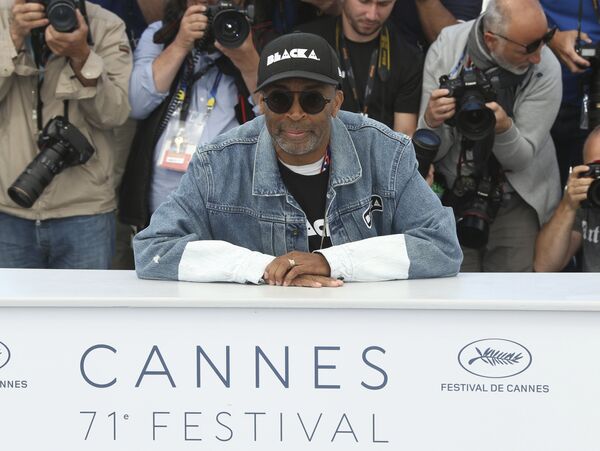 Director Spike Lee
© AP Photo / Joel C Ryan
The assignment forms the basis of the new movie — but while a fascinating and entertaining story, which has received almost universal critical acclaim in its cinematic telling, crucial aspects of the historical record are altered and omitted.

Some changes are mere creative license, attempts to raise stakes and dramatic tension. For instance, in the film Stallman's white undercover partner (Detective Flip Zimmerman, played by Adam Driver) is Jewish, which repeatedly lands him in potential hot water. At one point the KKK, almost as rabidly antisemitic as they are racist, force Zimmerman to undertake a ‘Jewish lie detector test' at gunpoint. In reality, Stallman's partner was neither Jewish nor suspected of being Jewish — so any scenes in BlacKkKlansman arising from or referencing this conceit are by definition inventions. Similarly, the film's centerpiece, the attempted bombing of a civil rights rally averted by Stallman's infiltration, is likewise entirely fabricated.

However, in perhaps predictable Hollywood fashion, Lee makes an out-and-out paragon of the protagonist, depicting Stallworth as a clandestine champion of the civil rights movement. Over the course of the film, he repeatedly ruminates on how he uses his position in law enforcement to liberate his ‘people', playing a pivotal role in the battle against racist oppression in the US.

Ok. Here's are some thoughts on #Blackkklansman.

Contains spoilers, so don't read it if you haven't seen it and you don't wanna spoil it. pic.twitter.com/PKfnePrFGy

​In reality, Stallworth's undercover work contributed to the disruption of the civil rights movement. His first undercover deployment for the Colorado Springs PD saw him attend a black night club hosting black power legend Stokeley Carmichael one evening, and report on proceedings to his superiors.

"They were concerned about [Carmichael's] fiery and bombastic rhetoric and ability to raise the masses through his use of words. They knew I wanted to do undercover work. That was my opportunity. I was given that special assignment, which I eagerly took. I went undercover with lots of apprehensions about whether I would be recognized…[but] it all came very naturally to me. I found myself at various times caught up in Stokely's rhetoric, and would jump up and yell, "Black Power!". But then I'd think, You're supposed to be working this fool! You're supposed to be undercover," Stallworth has said.

While portrayed in the film as a one-off exercise, the real Stallworth spent the next three years infiltrating and sabotaging black radical organizations, engaging in activities troublingly similar to those employed by the Federal Bureau of Investigation under the auspices of ‘COINTELPRO'.

COINTELPRO, which aimed at surveilling, infiltrating, discrediting, and disrupting political organizations and movements deemed ‘subversive' by FBI Director J. Edgar Hoover, officially ran from 1956 — 1971. However, the tactics and strategies employed by agents during the course of the operation would subsequently inform police approaches to domestic dissent, and demonstrably persist to this day.

Huge thank you to everyone that helped #BlacKkKlansman⁠ ⁠ gross about $11 million in it’s opening weekend on only 1,500 screens. As the movie expands please make sure to spread the word and support when it comes to your town. #RIPHeatherHeyer #InfiltrateHate pic.twitter.com/rKmggRpfQU

Under the program's mephitic auspices, the FBI worked with local police departments to harass specific individuals, have them arrested for crimes they didn't commit, suppress exculpatory evidence and falsely incarcerate them. In one internal memo, Hoover informed his agents in no uncertain terms the disruption of the Black Panthers was paramount — it was "immaterial whether facts exist to substantiate" any charges brought against them, and leaders of the group were to be "neutralized" — killed, imprisoned or publicly humiliated — at all costs.

The FBI recruited many informants within targeted groups, who proved crucial to ‘neutralization' efforts. Black Panther Party leader Elmer Pratt was arrested in 1970 for the murder of elementary school teacher Caroline Olsen during a robbery two years prior. Despite evidence to suggest he was 350 miles away on the night of the murder, fellow Panther Julius Butler testified Pratt confessed to the murder and discussed it with him on numerous occasions — and this was enough to ensure a conviction. 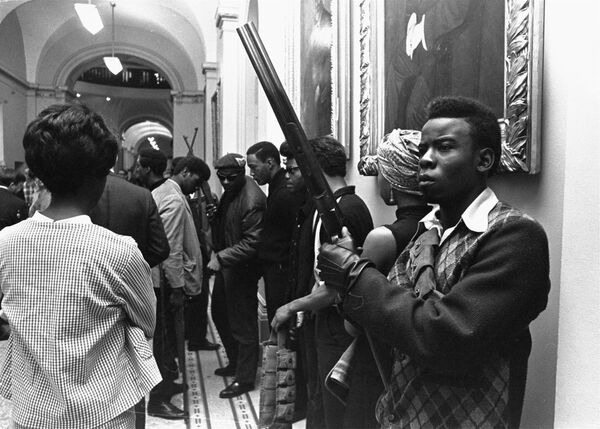 Pratt would spend the next 27 years in prison, before California's Superior Court vacated his murder conviction in June 1997, when it was revealed the prosecution had concealed evidence that would've exonerated him — and Butler was an FBI and Los Angeles Police Department informant. He was eventually freed in 1999, and paid US$4.5 million in damages.

An FBI informant also played a fundamental role in the murder of popular Chicago-based Black Panther organizer Fred Hampton — his leadership and communication skills made him an extremely valuable party asset, but conversely marked him out as a major threat in the FBI's estimation. William O'Neal, a habitual thief facing a lengthy prison sentence for car thefts and impersonating a federal officer, was recruited by the FBI to infiltrate Hampton's inner circle, receiving immunity from prosecution and a monthly stipend in return.

O'Neal quickly rose up the ranks of the Chicago Panthers, becoming Director of Chapter Security and Hampton's personal bodyguard. Along the way, he sowed discord and disharmony within the organization, and sought to scupper attempts to merge the chapter with other black power organizations. He also provided with the FBI with detailed information on the layout of Hampton's apartment — and on the evening of December 3 1969, drugged Hampton in advance of a police raid the next mroning. 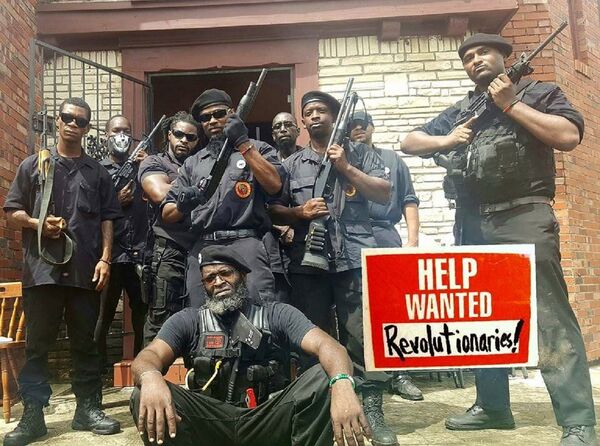 New Black Panthers Plan Armed Rally During Republican Convention in Ohio
© Facebook/New Black Panther Party
At 4:45am, 14 heavily armed officers burst into Hampton's apartment, spraying every inch of the dwelling with bullets — up to 99 shots were fired. After the bombardment ended, Hampton himself was found still unconscious in bed, wounded in the shoulder. Fellow Panther Harold Bell later reported he witnessed officers discussing whether Hampton would live with the injuries he'd suffered, before shooting him twice in the head at point blank range.

Several other Panthers who'd been staying at the apartment were subsequently arrested and indicted by a grand jury for attempted murder, armed violence, and various other weapons charges, with the Chicago police framing the incident as a shootout instigated by the Panthers. The charges were eventually dropped when it was determined only one shot had been fired during the raid by a Panther, and only posthumously. Mark Clark, who'd been on security duty and armed with a shotgun, had fired a single round as a result of reflexive death convulsion after the raiding team shot him in the chest, killing him instantly.