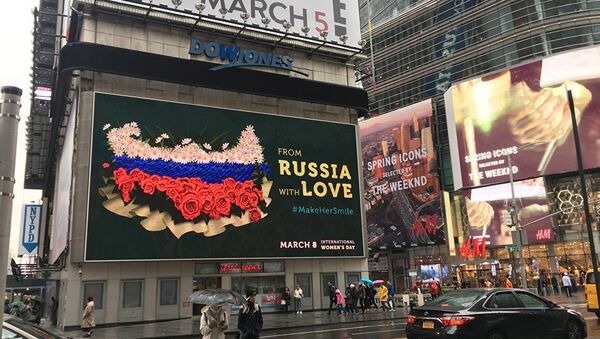 WASHINGTON (Sputnik) – Six out of ten Americans believe President Donald Trump is too friendly with Russia, and among registered Democrats, the figure rises to 84 percent, a CNN poll released on Friday said.

“Nearly 6 in 10 say Donald Trump has been too friendly toward Russia,” CNN said, citing the poll carried out by SSRS. Also, “Four in 10 Americans see Russia as an enemy of the United States … the largest share to say so since CNN polls began asking the question in 1999.”

According to the poll, 84 percent of Democrats said Trump is too friendly to Russia, along with 54 percent of Independents and 27 percent of Republicans, the report said.

State Department: US Keeps 'Door Open' to Dialogue With Russia
SSRS, an independent research company, used a sample of 1,002 respondents from August 9 to August 12 for the poll, it said.

Some 90 percent of those polled still regarded the United Kingdom and France as allies or friends of the United States, with 84 percent agreeing for Germany, and 75 percent for Israel, CNN said.

Trump's performance during the press conference sparked a backlash in the United States, because the US president appeared to side with Russia on the matter of election interference.

US Needs New Approach to Dealing With Russia – Undersecretary Nominee
Russian-US relations worsened in 2014 due to the crisis in Ukraine and later deteriorated over the countries' differences over the conflict in Syria.

Some US officials have also accused Russia of meddling in the 2016 US presidential campaign, which allegedly helped then Republican candidate Trump get elected. Moscow refuted the accusations, saying it has never tried to interfere in the political processes of other states.