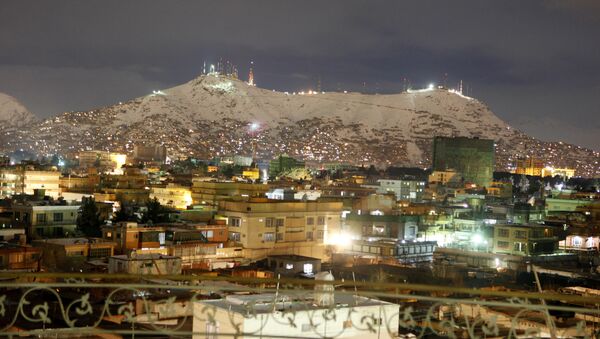 The incident comes just a day after a deadly explosion at an educational center in the western part of the Afghan capital killed up to 34 people, injuring about 67 more, with most of the victims being students.

According to the Reuters news agency, an official at a training center for Afghanistan's intelligence service reported the attack on the facility. However, it wasn't immediately clear, how many gunmen were involved in the attack.

"Clashes are ongoing and the area is cordoned off by the Afghan security forces," confirmed Kabul police spokesman Hashmat Stanikzai.

According to TOLOnews, the security forces are engaged in a fight with the insurgents. The broadcaster later reported, that three gunmen were killed during the clashes and the government stated that the attack was over.

The shooting followed a series of assaults in Kabul in recent months. Just a day before, a blast killed at least 34 people, while earlier in July four police officers were killed and five others injured in a suicide attack, with the Taliban* movement claiming responsibility for the incident.

This latest round events is part of the difficult situation in the country. Afghanistan has long been suffering from the ongoing fight between the central government and various militant groups, including the Taliban and Daesh*.