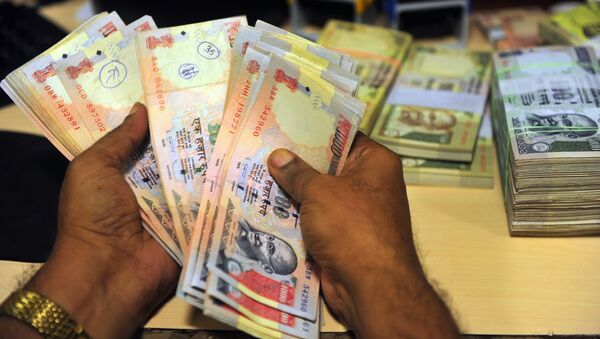 The government of India has categorically denied a report by the South China Morning Post that a contract for printing Indian currency notes had been given to a Chinese firm.

Subash Chandra Garg, Secretary of Department of Economic Affairs of India was quoted by news agency ANI as saying that Indian currency notes are being and will be printed only in the special currency printing facilities owned by the government and Reserve Bank of India (RBI).

The controversy arose after a report by a Chinese daily suggested that, despite domestic currency demand being at its lowest, China Banknote Printing and Minting Corporation had been functioning at full capacity to deliver on international contracts including to India.

​Some opposition parties have demanded clarification from the government after the report was published in the Chinese daily.

If true, this has disturbing national security implications. Not to mention making it easier for Pak to counterfeit. @PiyushGoyal @arunjaitley please clarify! https://t.co/POD2CcNNuL

​Spokesperson for the Aam Admi Party (AAP) Raghav Chadha termed the revelation by the South China Morning Post as a big threat to India's national security and financial sovereignty.