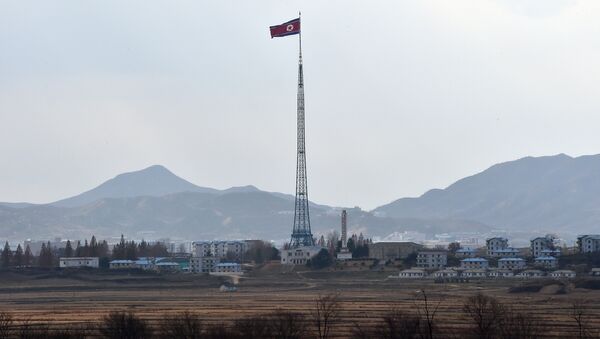 TOKYO (Sputnik) - Officials from the North and South Korea began their talks on preparations for the planned high-level bilateral summit on the northern side of the truce village of Panmunjom, located in the demilitarized zone between the neighboring countries, media reported on Monday.

South Korean Unification Minister Cho Myoung-gyo leads the delegation from Seoul, according to the outlet. North Korea is represented by a group of officials led by Ri Son Gwon, the chairman of the country's Committee for the Peaceful Reunification.

‘The Hypocrisy is Astounding:’ US Media Attempts to Sabotage Korea Peace Talks
"With preparations underway for yet another summit in Pyongyang between the leaders of the North and the South, I believe that when we discuss this matter, we can come up with answers going forward to things that our people want and wish for," Cho said during the meeting, as quoted by Yonhap.

The outlet suggested that the talks would address the details of the planned intra-Korean summit, including the date and venue of the meeting. Moreover, the negotiations would be dedicated to what had been achieved by the two sides since their previous summits, the outlet suggested.

READ MORE: North Korea Yet to Submit List of Delegates to Talks on Reunions to Seoul

During their landmark summit in Panmunjom in late April, Moon promised to visit Pyongyang for a meeting in fall.