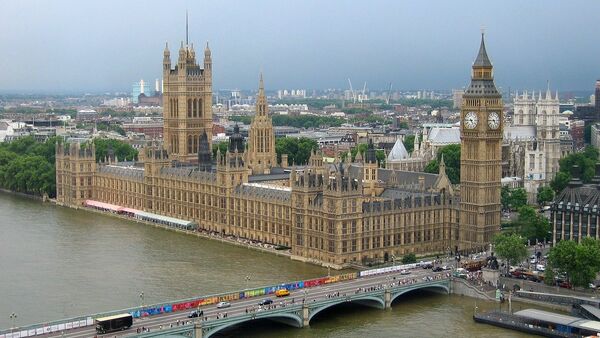 CC0 / Pixabay /
Subscribe
International
India
Africa
The British Foreign Office earlier welcomed Washington’s decision to introduce a new batch of anti-Russia sanctions, related to the alleged poisoning of the ex-GRU colonel, Sergei Skripal, in the UK in March. London also claimed that the US had sent “an unequivocal message to Russia that its provocative, reckless behavior will not go unchallenged.”

Following the United States’ announcement of the introduction of fresh punitive measures against Russia over the Salisbury case, Tom Tugendhat, a Conservative MP who chairs the Foreign Affairs Committee, took to Twitter to call on the UK government to take action against “corrupt money flowing through London.”

Great news. Now perhaps our own government will sanction some of the corrupt money flowing through London and the proxies who launder it for the Putin regime? https://t.co/1MYD8gD8By

Speaking on BBC Radio 4, he said there was a “big question” hanging over London after Washington’s bid.

“The idea we should be trading with Russia, allowing them to launder their money. We have to ask ourselves some very serious questions. Whose side are we on?”

Tugendhat further stressed that the UK government should do more to halt “businesses with deep pockets and expensive lawyers”:

“Controls apply to banks, to make sure [they] know where the money is coming from. Those controls don’t apply to lawyers, estate agents and many others. We’ve got to be very clear that organizations that claim to be regulatory, like the solicitors’ regulatory authority, need to be absolutely robust. If solicitors’ firms, instead of supporting the pursuit of justice, actually assist in the whitewashing of crime by finding different ways around the law, then we must be absolutely robust on it,” he said.

The UK government has praised the US for its decision to slap fresh sanctions on Russia:

“The strong international response to the use of a chemical weapon on the streets of Salisbury sends an unequivocal message to Russia that its provocative, reckless behavior will not go unchallenged.”

On Wednesday, the US State Department announced it had determined that Moscow had used the so-called Novichok nerve agent against Sergei and Yulia Skripal in the British city of Salisbury in March.

Reacting to the announcement, the Russian Embassy to the US said that Washington had presented no evidence to corroborate its claims of Moscow’s involvement in the alleged incident.

“On August 8, 2018 our Deputy Chief of Mission was informed in the State Department of new ‘draconian’ sanctions against Russia for far-fetched accusations of using the ‘Novichok’ nerve agent against a UK citizen. We’ve grown accustomed to not hearing any facts or evidence,” the embassy said in a statement.

Kremlin spokesman Dmitry Peskov has also criticized London’s approach to the case, reiterating that the UK refused to provide any evidence or share information:

“Russia did not and does not have anything to do with the use of chemical weapons, it is out of the question. Moreover, we cannot even say what was used in the United Kingdom and how, because we do not have any information, we do not have a reply from the UK to our proposal of a joint investigation into this incident, which causes serious concern,” he said.

Even though Russia has consistently denied any role in the alleged poisoning of the Skripal family, nearly 30 countries, including the US, Canada, EU states, Norway and Ukraine, expelled over 150 Russian diplomats in solidary with the UK in the wake of the incident. Russia, for its part, responded with symmetric measures, ousting an equivalent number of foreign diplomatic workers.