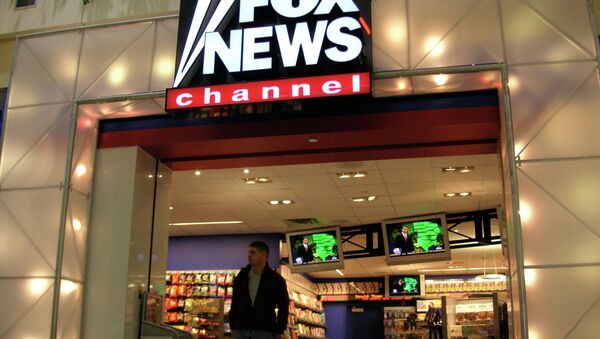 Fox News foreign correspondent Conor Powell announced via Facebook Friday that he was was leaving the news agency. He pretty quickly removed the post, but not before screenshots were taken and spread around, preserving the announcement.

"After nearly 9 years, I have decided to resign from Fox News. Those of you who have spoken to me in recent months, you will understand why I am leaving FNC," he said. "To my many friends at the channel I wish you the best of luck."

News website Heavy said only that the post came down "shortly" after it went up, and both Powell and Fox News have declined to elaborate since, with a company representative only confirming they no longer employed the Jerusalem-based correspondent.

An individual familiar with the matter told The Wrap August 6 that Powell felt "uncomfortable with direction of the news organization in recent months," saying the agency had "few news shows, more opinion shows," and "less resources for reporters to report."

"Lots of reporters are very unhappy with directions of FNC right now," the unnamed source noted.

​Christopher Chambers, a journalism professor at Georgetown University in Washington, DC, told Sputnik Tuesday that Powell was "an example of someone who's had enough."

"It's obvious the Trump administration — which takes its favor and tone from the president, will coax out and reflect a more sensational, emotion- and opinion- and personality-driven news product," he said. "Hence we see the further elevation of Hannity over the news division reporters like Bret Baier or Shepard Smith, and indeed on-air conflict erupts at times. Same thing with Jeanine Pirro, or Tucker Carlson, Mike Huckabee as well." He called Huckabee "the new media conduit to religious conservatives."

"Veteran broadcast journalists and even veteran commentators who are akin to the old-school newspaper columnists are going to run away, or play along and collect their paychecks. Jennifer Rubin and George Will are among old Fox contributors who want nothing to do with the network now," the professor said.

"One thing is true regardless of Donald Trump's personality or style: the party and president in power will always have ‘pet' network, and they will reflect the politicians' propaganda in this symbiosis. So under [former President Barack] Obama you saw a marked shift to opinion and sensationalism at MSNBC, which coaxed news division defections. Likewise, you see it under Trump with Fox."