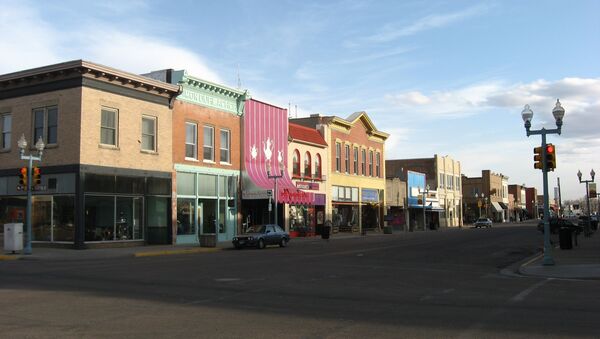 The incident, reminiscent of the fictional "The Man in the High Castle" series, was something "unique" for a town, one police officer said has very few hate crimes.

Residents in the small town of Laramie, Wyoming witnessed a troubling sight on August 1 when the US flag was torn from its flagpole in Washington Park and replaced with a Nazi one by unknown individuals, local media the Laramie Boomerang reported. City police arrived on the scene at 11 a.m., took down the Nazi flag and replaced it with the original that was found crumpled nearby.

Lt. Gwen Smith, who’s worked for LPD for 26 years, said this is among the very few cases “in recent memory” that has an obvious “bias” component LPD is… https://t.co/pFPiTmLv1l

Lt. Gwen Smith said in an interview that over the 26 years of his service in the police he recalls few incidents that could be classified as "bias crime" in the town. Last year two graffiti had been deemed as "biased," but in the six years prior to this there had been no such crimes in Laramie.

The police have initiated an investigation into the incident, but are relying mostly on circumstantial evidence and looking for eyewitnesses, local media reported.