Three Sisters Who Killed Dad in Moscow Claim He Beat Them, Made Them His Slaves 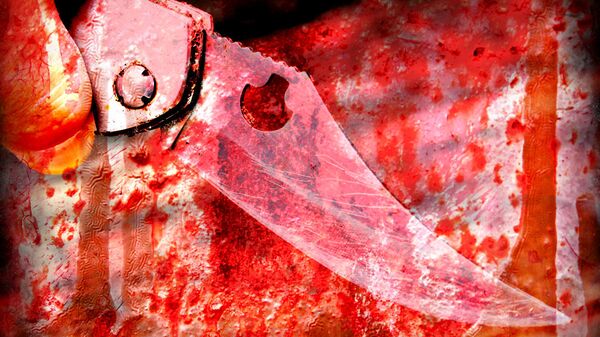 The sisters called the police and confessed to having committed murder on the basis of personal enmity, but later revealed the horrors that they had been facing while living with their abusive father. Two of them are adults and can thus be prosecuted according to the full rigor of the law.

A member of the Russian human rights NGO Ivan Melnikov told Sputnik what had motivated the three sisters, who were recently arrested in Moscow, to murder their father. It turns out that their father had allegedly systematically abused and beaten them, practically forcing them to abandon their studies due to their bruises and injuries.

Melnikov said, citing the sisters, that their father had constantly been threatening other family members with physical violence and that those threats were backed up by an arsenal of weapons, including a shotgun, pistols, knives and a baseball bat. The situation was further worsened for the three sisters after their mother ran away with their brother, as their father then forced the girls to do all his biddings, practically turning them into his "personal slaves," according to Melnikov.

The three girls claim that a policeman once visited them after a complaint had been filed, but their father allegedly drove the law officer out of the apartment, threatening him with a shotgun. The Moscow police department denied their claims on July 31, saying that no complaints had been filed against their parent since January 2017.

On July 27, the girls, who are now 17, 18 and 19 years old, jointly killed their father, stabbing him with a knife at least 35 times. Sputnik's source in the Moscow police said that the sisters claim he had assaulted them on the doorstep of their apartment while under the influence of drugs. The three called the police themselves and confessed to murder on the basis of "personal enmity." The sisters are now facing charges for murdering their father.

Neighbors suspect that the man had been involved in criminal activities, as he didn't seem to be working anywhere and was frequently visited by "shady individuals." The man had an Audi Q7 in his possession and lived in two conjoined apartments, located one above another.