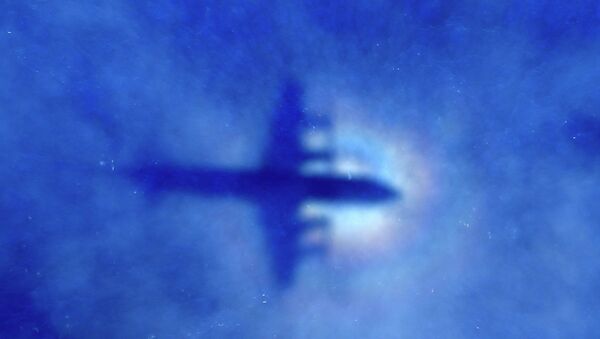 © REUTERS / Rob Griffith/Pool/Files
Subscribe
International
India
Africa
BANGKOK (Sputnik) - The unplanned change in the course of the Malaysian Airlines' MH370 flight Kuala Lumpur-Beijing, which disappeared in 2014 over the Indian Ocean, was conducted in manual mode, with the autopilot turned off, the official report of the commission investigating the aircraft's disappearance said.

The report was presented in Kuala Lumpur by the investigator-in-charge of the Malaysian Safety Investigation Team for MH370, Kok Soo Chon.

"We can conclude that MH370 had turned back and the turn back was not because of anomalies in the mechanical system. The turn back was made not under autopilot but under manual control. Everyone participating in the investigation agreed that the autopilot was off at the time of the turn," he said during the presentation.

Asia
Four-Year Search for Missing Flight MH370 to End Soon
The official added that the commission did not rule out external interference in the process of piloting the aircraft, and was sure that the turn and further movement of the plane toward the Indian Ocean had not been caused by reasons related to the technical condition of the aircraft or the malfunctioning of the onboard systems.

The investigation team found several violations of the safety protocols, including a 20-minute delay in the first attempt to establish communication with the plane by the flight operation officers of Ho Chi Minh City airport, that delayed the discovery of the fact that the aircraft changed course, Kok Soo Chon said.

The commission has not yet determined the reasons of the aircraft's disappearance, and the location of the main part of the wreckage remains unknown, the head of the commission said.

Asia
MH370 Descended in ‘Uncontrolled Manner,’ Was Accident - Australian Government
The official also noted that the commission's report can not be considered a final one because it does not answer questions about the causes of the incident.