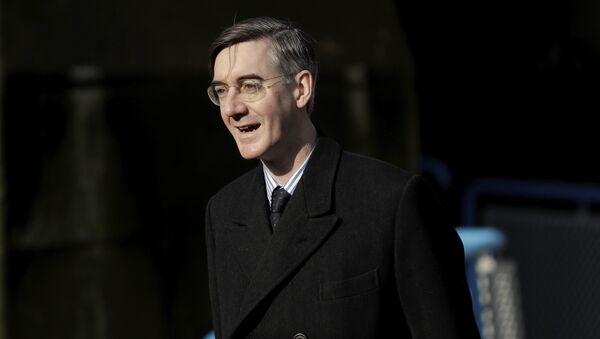 The fund, backed by US$50 million from AP1, the Swedish national pension plan, is said to have been launched in order to meet demand from international investors, and is focused on frontier markets such as Argentina and Nigeria.

It follows the launch in June of another Irish-domiciled fund, which generated embarrassing headlines for Rees-Mogg, a fervent supporter of a ‘no deal' Brexit renowned for eloquently dismissing any and all concerns about the potential financial risks of the UK leaving the European Union, and the single market and customs union in the process. 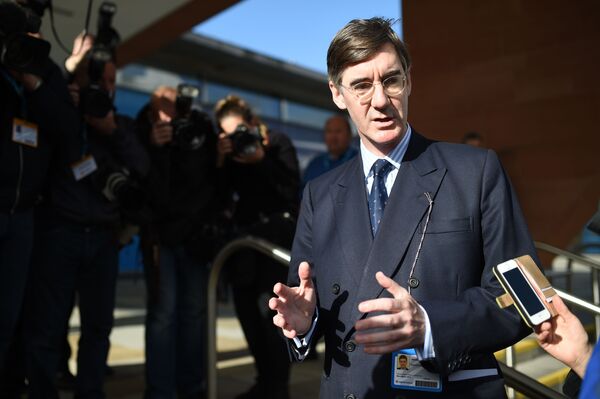 British Conservative politician Jacob Rees-Mogg arrives at the Manchester Central Convention Centre in Manchester on October 3, 2017, the third day of the Conservative Party annual conference
© AFP 2021 / Oli SCARFF
Despite the MP's reassurances, that fund's prospectus warned there would "likely be considerable uncertainty as to the position of the UK and the arrangements which will apply to its relationships with the EU"during and after the Brexit negotiation process, meaning it had to be domiciled elsewhere.

SCM is not alone in this regard — the impending withdrawal of the UK from the bloc has compelled many asset managers to set up product ranges in key European investment hubs, or indeed move a significant proportion of their businesses elsewhere in Europe, in order to serve international clientele. Their most common destinations are Dublin, Frankfurt and Luxembourg.

Rees-Mogg earns around US$220,000 from his work for the firm, which amounts to 30 hours monthly. Nonetheless, since becoming MP in 2010, the controversial parliamentarian has incrementally reduced his stake in the company, exchanging his equity stake for a regular enhanced dividend.

As of July 2018, he  owns just over 15 percent of the firm, although he along with other founding partners have committed to reducing their holdings in the business to under 10 percent within a decade, a process described by Rees-Mogg's fellow director Dominic Johnson as "Thatcherism meets egalitarianism".

Around half SCM's assets are managed on behalf of major US institutional investors, such as the Florida State Board of Administration, which has US$900 million invested with the firm. Only around a quarter of the firm's assets flow from UK-based investors — the rest are generally based in Europe and North America. 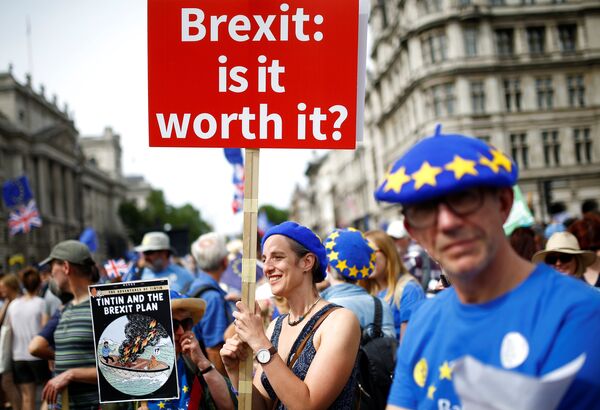 A woman holds a placard as she joins EU supporters, calling on the government to give Britons a vote on the final Brexit deal, participating in the 'People's Vote' march in central London, Britain June 23, 2018
© REUTERS / Henry Nicholls
A spokesperson for SCM said the decision to choose Ireland as a domicile had "absolutely nothing to do with Brexit".

"We have funds domiciled all over the world including in Europe, the US and Australasia, and we will continue to offer a global service to our client base," they explained.

Whatever the truth of the matter, Rees-Mogg seems confident he will get his wish of a ‘no deal' departure from the EU. On July 21#, he presented a special phone-in show on London radio channel LBC,in which he said the country would operate on World Trade Organization rules post-secession. He said the prospect was "nothing to be afraid of" — but also suggested the UK should "carry on negotiating until the end".