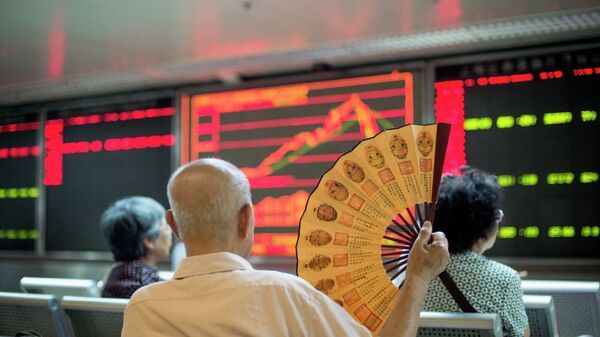 Finance ministers from the world's largest economies warned in a final communique on Sunday that geopolitical tensions risk derailing global economic growth as two days of meetings came to a close.

The final communique stressed that global economic growth was steady and the unemployment rate was at a decade low; however, the finance ministers emphasized that growth was becoming less synchronized among major economies.

"These include rising financial vulnerabilities, heightened trade and geopolitical tensions, global imbalances, inequality and structurally weak growth, particularly in some advanced economies," the communique said, as quoted by Reuters. "We … recognise the need to step up dialogue and actions to mitigate risks and enhance confidence," the document said. "We are working to strengthen the contribution of trade to our economies."

Notably, the final statement did not mention the United States, which is at the epicenter of multiple trade rows.

Trump: I'm Ready to Put Tariffs on $500 Bln in Chinese Imported Goods
The G20 ministerial meeting in Buenos Aires came amid an escalation in the trade dispute between Washington and Beijing, the world's largest economies, which have imposed tariffs on $34 billion in each other's goods, Reuters reported. US President Donald Trump threatened in a CNBC interview on Friday to impose tariffs on all $500 billion of Chinese exports to the United States unless Beijing agrees to major structural changes to its technology transfer, industrial subsidy and joint venture policies.

IMF Managing Director Christine Lagarde said on Saturday on the sidelines of G20 ministerial meeting that the recent series of US trade tariffs might reduce the world's gross domestic product by 0.5 percent in the worst-case scenario.

"It certainly indicates the impact that it could have on GDP, which in the worst-case scenario… is in the range of 0.5 percent of GDP on a global basis," Lagarde said.

'Trade War' Is a Reality: French Finance Minister Urges US to Recall Tariffs
Since March, Trump has unveiled a series of new protectionist tariffs, including tariffs on aluminum and steel imports, as well as duties on billions of dollars worth of imports from China.

During his presidential campaign, Trump promised to change the country’s trade policies by resorting to protectionism. After his inauguration, Trump started to fulfill his promises, which, in addition to the tariffs, included withdrawing the United States from the Trans-Pacific Partnership (TPP) and renegotiating the North American Free Trade Agreement (NAFTA).