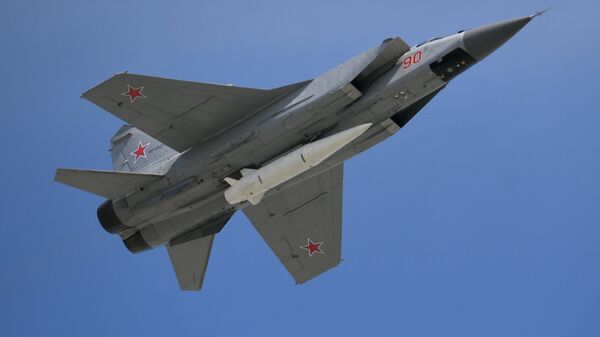 Russia has been developing a hypersonic missile the United States is currently unable to defend against, according to sources with direct knowledge of US intelligence reports.

According to CNBC, Russia has tested the weapon, dubbed "Kinzhal," 12 times on MiG-31 fighters. The last successful test was carried out earlier this month against a target nearly 800 kilometers (500 miles) away.

The Kinzhal missile, whose name is aptly translated from Russian as Dagger, is a lethal weapon when used against enemy aircraft carriers, destroyers and cruisers.

Science & Tech
Russia's Tu-22M3M Bomber to Be Able to Carry Up to 4 Kinzhal Missiles - Source
According to official information from the Russian Defense Ministry, the Kinzhal missile can travel at 10 times the speed of sound and overcome all existing missile defense systems to take conventional charges up to 2,000 kilometers (1,242 miles) away.

There is a battery of Kinzhal missiles currently deployed in a test mode in Russia’s Southern Military District.

At present there has been no mention in the Russian media about the successful test of a Kinzhal missile referred to by CNBC.

Earlier, a source in Russia’s defense industrial complex told Sputnik that the missile is also now being adapted for use on Tu-22M3 strategic bombers.

He also said that Russia was developing a hypersonic intercontinental missile that would be capable of flying at low altitudes at more than 20 times the speed of sound.