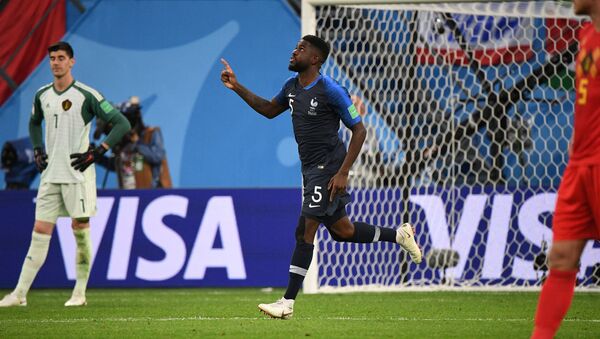 France will now face either England or Croatia, which are due to play on Wednesday, in the final game of the tournament.

The first World Cup's semifinals match between France and Belgium ended in the Russian city of Saint Petersburg.

France made it to the semifinals after defeating Uruguay 2-0, while Belgium triumphed over World Cup's favorite Brazil 2-1.

French President Emmanuel Macron, as well as King Philippe and Queen Mathilde of Belgium as well as the country's Foreign Minister Didier Reynders, are attending the game.

READ MORE: What's The Point of Belgium? France's World Cup Opponent Was 'Dreamt Up' in 1830