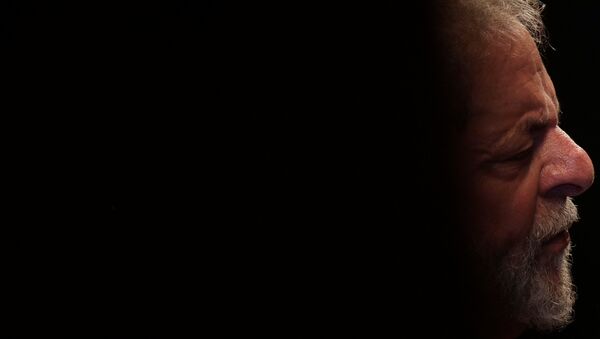 According to Reuters, the prosecutor's request aimed to settle the legal uncertainty created by an injunction granted by a judge Rogerio Favreto who ruled in favor of freeing Lula da Silva on Sunday.

An appeals court judge, Rogerio Favreto, ruled Sunday that former Brazilian President Luiz Inacio Lula da Silva, who is serving a 12-year jail term on corruption charges, must be released from prison. However, the order prompted a quick rebuke from the trial judge, Sergio Moro, who sent Lula to prison on the corruption conviction. Moro claimed that Favreto did not have the legal authority to urge the release.

Judge Orders Brazil Ex-President Lula da Silva Freed - Reports
Lula da Silva, who served as the country’s president from 2003 through 2010, was sentenced to 9.5 years in jail last summer for allegedly accepting a luxury apartment from a construction firm in return for political favors. Silva denied the accusations.

An appeals court upheld the ruling in January and increased Lula da Silva's penalty to 12 years and a month in prison. He went to jail three months later in the city of Curitiba after Moro issued an arrest warrant for Lula.

While Lula is reportedly one of the most popular presidential candidates, he is unable to campaign for presidency in the upcoming election, set for October.