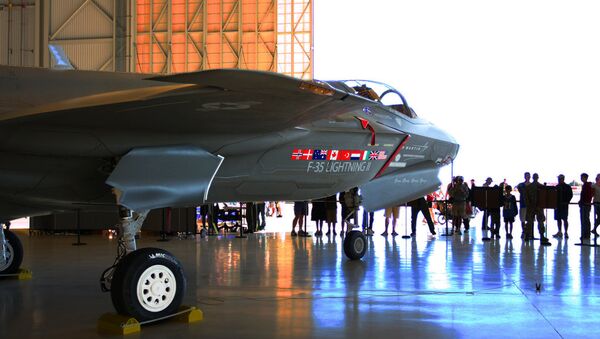 The Italian air force has already received 10 F-35 fighters, while a long-term program for their production and purchase implies an eventual total of 90 aircraft, according to the Italian media.

Italy will not buy more Lockheed Martin Corp F-35 fighter jets and is mulling whether to hold on to an order to which the country is already committed, Defense Minister Elisabetta Trenta stated in a television interview with La 7 broadcaster.

"We won't buy any more F-35s. We are assessing what to do regarding the contracts already in place," Defense Minister Elisabetta Trenta said, stressing that strong financial penalties could mean that "scrapping the order could cost us more than maintaining it."

She also mentioned advantages in terms of technology and research in Italy associated with the planes, as well as jobs that would be lost.

"In view of the existing contracts signed by the previous government, we are carrying out a careful assessment that exclusively considers the national interest," she stressed.

However, Trenta noted that she saw merit in expanding the purchases in order to liberate resources for investments in European defense projects.

US Fears Russia May Get Access to F-35 Tech Via Turkey - Reports
Several countries have signed contracts for the purchase of F-35s, such as Turkey, Israel, Norway, Japan, Netherlands, the UK and Australia.

The total cost of the F-35 program over its existence has been around $1 trillion, the Government Accountability Office reported earlier, citing Pentagon estimates.

The F-35 is the Defense Department's most expensive purchase program and is more than $200 billion over budget and will require acquisition funding of $12.7 billion a year, on average, through 2038.