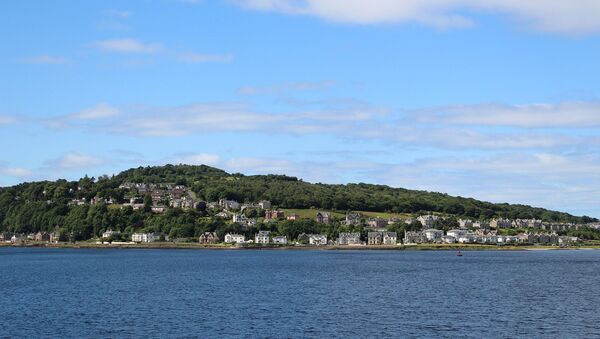 CC0 / /
Subscribe
Police in Scotland have confirmed a six-year-old girl who went missing from her grandparents' home on a holiday island has been murdered. Alesha MacPhail's body was found in woodland on Monday, July 2.

"Our absolute priority is catching the person responsible for this horrendous act as quickly as possible," said Chief Superintendent Hazel Hendren.

Alesha vanished from her grandmother's house in the town of Rothesay at 6.25am on Monday and her body was found later the same day on the site of a former hotel in Ardbeg Road.

"Alesha's family is utterly devastated by what has happened and the news that we've had to give them this evening," Detective Superintendent Stuart Huston, from Police Scotland, said on Tuesday, July 3.

​"She had lots of friends who will no doubt find it very difficult to comprehend why they will never see their friend again," he added.

🙏for Alesha McPhail & her family. It awful to think that Monsters exist in today's society and in a location as idyllic & peaceful as the Isle of Bute. May justice be served quickly

​Alesha Was On Summer Vacation

Alesha, who lived in the town of Airdrie, near Edinburgh, had only just arrived on Bute for her summer vacation and was due to be spending three weeks with her grandparents.

A post mortem examination was carried out on Alesha on Tuesday, July 3, but Police Scotland have not confirmed the cause of death.

Literally cannot get my head around Alesha McPhail’s death like it just does not add up one bit!! 💆🏾‍♀️

​"It is imperative that we find who is responsible for Alesha's murder," said Det. Supt. Huston.

Extra police officers are being sent over from the mainland to increase patrols and reassure the public.

Dozens of detectives from Glasgow have arrived to conduct the investigation into Alesha's murder.

People Must Be 'Vigilant'

"I understand that there will be a high level of concern among people living in this close-knit community but I want to reassure people that everything possible is being done. It's very important that people are vigilant. I would also ask the community and holidaymakers to look out for each other and please look out for your families and the security and safety of your homes," said Chief Supt. Hendren.

I do hope the #SyrianRefugees, who we’re foisted on the #IslandofBute, have nothing to do with the tragic death of the little 6 year old #AleshaMcPhail. Her poor father & mother must be in bits. So heartbreaking

"I am stunned. I am lost for words and this is not something we are used to in our community. It's just tragic," said Reverend Owain Jones, the minister at the United Church of Bute.

Bute, which has a population of 7,000, is an island in the Firth of Clyde, west of Glasgow.

It is a popular holiday destination for Scots and for tourists visiting Scotland.

Argyll and Bute Council was one of the first local authorities in the UK to respond to the humanitarian crisis in Syria and 25 Syrian refugee families now live on the island.