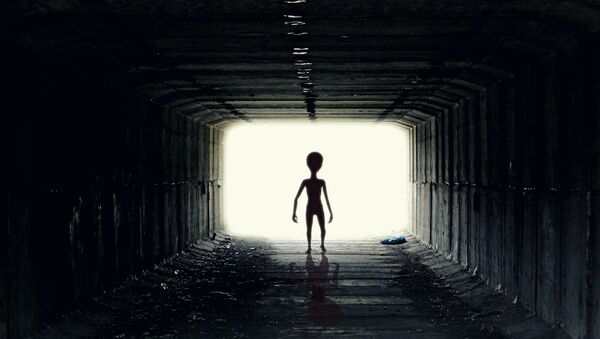 CC0 / /
Subscribe
International
India
Africa
Once-classified documents being called “Britain’s X-Files” have revealed that the British Ministry of Defense spent half a century hunting UFOs, driven in some part out of concern that the Soviet Union or China had already gotten their hands on alien technology.

According to the cache of documents recently obtained by investigative researcher David Clarke, British intelligence services had two UFO desks between 1947 and 1997. One of the desks allowed people to phone in UFO sightings, while the other involved spies investigating UFO reports.

Earlier this month, Clarke, a research fellow at Sheffield Hallam University, obtained copies of the Ministry of Defense's Unidentified Aerial Phenomena (UAP) from the ministry following a freedom of information request.

According to the UAP report, which will be released to the public after being declassified, the Royal Air Force was "particularly interested in any novel technology… propulsion, stealth and any novel electromagnetic technologies," news.com.au reported July 2. The documents also reveal that the British government was interested in finding UFOs to use against their enemies during the Cold War, which took place between 1945 and 1990 between socialist countries allied to the Soviet Union and US-led Western powers.

"Even though they have been partly censored, they can't conceal the fact the UK military were interested in capturing UFO technology — or what they coyly refer to as ‘novel weapon technology,'" Clark recently told the Sun.

"And the files reveal they were desperate to capture this technology — wherever it came from — before the Russians or the Chinese got hold of it first," he added.

In an email to Sputnik on July 2, Nick Pope, a former civil servant who worked for the UK Ministry of Defense from 1985 to 2006, said that he has been working with his former employers to ensure that files from the British government's UFO project would be revealed to the public.

"I ran the British government's UFO project and I'm pleased that a number of 'UFOlogists' have acquired documents about my old job, using the UK's Freedom of Information Act. Actually, this is part of what's been a wider 10-year program to declassify and release these files, and I've been working with my former employers to try to ensure that the final files are made available to the public as soon as possible, as part of our wider commitment to open government and freedom of information," Pope told Sputnik Monday.

Pope also confirmed that the British government was aware of Russian and Chinese research into UFOs and was attempting to develop its own alien military technologies.

"I can confirm that we were aware of Russian and Chinese research into UFOs and into parapsychology more generally. We didn't take a definitive view on the true nature of the UFO phenomenon (we remained open-minded but noncommittal about the possibility of extraterrestrial visitation) and so we looked at the issue in terms of threats and opportunities. Even if UFOs were just exotic atmospheric plasma phenomena — as one of my colleagues in intelligence believed — we thought we might be able to derive some ‘novel military technologies' from this, and weaponization formed part of our speculation, particularly the idea of some sort of directed-energy weapon," Pope added.

"If such a thing was possible, self-evidently we didn't want the Russians or the Chinese getting there first. While I don't characterize any of this as being a race to acquire 'alien weapons', what we did was probably as strange as anything you can see in an episode of The X-Files," he noted.

According to UFO investigator John Tenney, "one aspect, to which very little discussion has been made, with the UK's Ministry of Defence's the newly released documents concerning 'Unidentified Aerial Phenomena' (UAP) exposes that while the major governments of the world, even to this day, continue to tell the general population that there is no reason to be affected by the UFO phenomena the governments themselves are indeed interested and actively engaged in a continuing process of research and discovery."

"For decades governments, officials and the media have tended to portray those interested in UFO phenomena as irrational, delusional and/or paranoid while at the same time spending millions of taxpayer dollars investigating the same phenomena and the implications which those phenomena may contain," Tenney told Sputnik via email Monday.