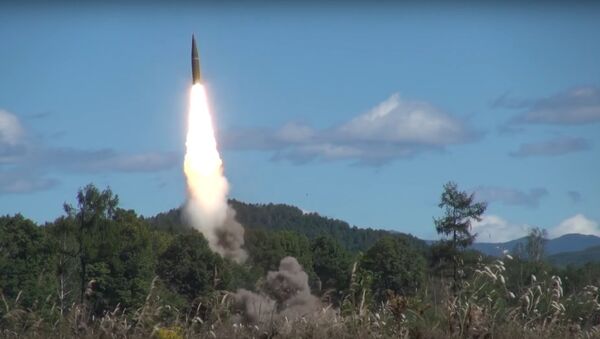 Russian armed forces carried out a test launch of an Iskander ballistic missile during drills in the country’s eastern reaches.

The short video posted on the ministry’s official YouTube channel shows the missile launcher moving into position and launching its payload.

The Iskander-M is one of Russia's newest high-precision weapons, which was adopted by the country's armed forces in 2006.

Its supersonic, guided nuclear-capable missiles, capable of achieving a range of 415-500 km, can be independently launched in seconds and are fully controlled at every stage of their flight path.